Company says Volkswagen Group will be in a position to build 22 million electric cars by 2028 including 11.6 million from Chinese factories

Volkswagen AG is ramping up production of electric cars to around one million vehicles by end of 2022, according to manufacturing plans, enabling the German carmaker to leapfrog Tesla Inc and making China the key battleground.

Volkswagen is readying two Chinese factories to build electric cars next year. The Chinese plants will have a production capacity of 600,000 vehicles, according to Volkswagen’s plans, which have not been previously reported – revealing VW’s ability to industrialize production faster than other pioneers in the electric vehicle market.

Tesla is still trying to reach its goal of making more than 500,000 cars a year by building a new factory in Shanghai, China, while VW can rely on an established workforce in two of its plants in Anting and Foshun to build zero-emission cars.

The scale and speed of VW’s electrification push marks a shift in favor of established manufacturers that can use existing factories and profit from combustion-engined sport utility vehicles (SUVs) to scale up faster than startups.

“The truth is barriers to entry in autos remain high,” said Max Warburton, an analyst at the Bernstein Research. “Making cars is hard. The move to electric vehicles will be expensive, but will probably be led by traditional manufacturers.”

VW is leveraging its large infrastructure of suppliers, factories and workers, long a handicap to its profitability, more aggressively than rivals BMW, Renault SA, General Motors Co and Tesla, which were all quicker to sell a custom-designed electric car.

Rather than adjusting production gradually, and using multi-powertrain platforms, Volkswagen is making a massive bet on a dedicated electric vehicle architecture, known as MEB, in the hope of increasing economies of scale sufficiently to push down the price of electric cars to around 20,000 euros ($22,262).

The Wolfsburg, Germany-based carmaker is retooling eight plants across the globe by 2022 to specialize in manufacturing electric cars, and license its electric MEB platform to rivals, senior VW executives said, putting it on track to become the world’s largest maker of zero-emission vehicles.

Tesla has emerged as a serious competitor with a credible car, its Model 3, Volkswagen Chief Executive Herbert Diess said last week. But startups have a hard time entering mass production without sufficient production facilities, he said. “The question is, can you expand your production quickly enough? The capital intensity is increasing,” Diess said.

To fund its own electrification shift, the German carmaker aims to increase sales of VW SUVs, with combustion engines, to 40% of overall sales by 2020 from 23% in 2018. The powerstation that supplies energy for VW’s flagship e-vehicle factory in Zwickau, Germany, marked by two tall chimneys, was built to power production of the combustion-engined Volkswagen Golf.

Now Zwickau can piggyback off this infrastructure to ramp up production to 330,000 VW ID electric cars by 2021. Volkswagen Group will increase economies of scale by rolling out electric vehicle platforms to its Audi, Skoda and Seat and Porsche brands. Volkswagen Group will be in a position to build 22 million electric cars by 2028, of which 11.6 million could come out of Chinese factories, the company said. 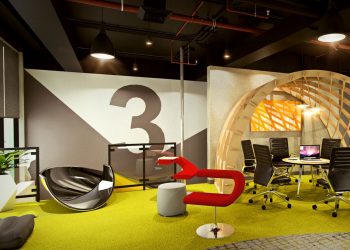