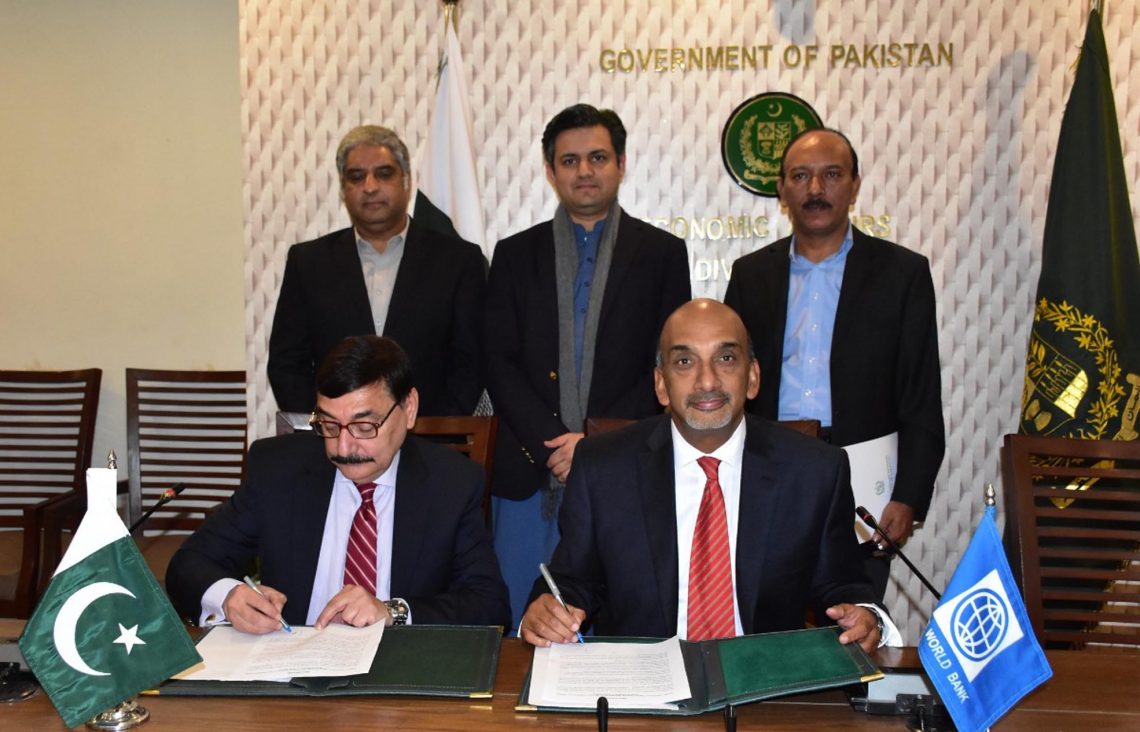 Minister for Economic Affairs Muhammad Hammad Azhar witnessed the signing ceremony of financing and project agreements of the Khyber Pass Economic Corridor Project (KPEC) worth $406.6 million with the World Bank.

The project envisages the use of public-private partnerships and private financing to develop clusters of economic activity, economic zones, and expressways. The connecting transport infrastructure and economic zones will provide a strong foundation for private businesses to invest in these zones.

The global integration of South and Central Asia is intertwined with the Khyber Pass and has served as the key node in trade for hundreds of years. The expressway between Peshawar and Kabul through the Khyber Pass represents a section of Corridors 5 and 6 of the Central Asia Regional Economic Cooperation (CAREC).

Corridor 5, which runs through Pakistan, has the potential to provide the shortest link between the landlocked countries of Afghanistan, Tajikistan, Uzbekistan, and the Arabian Sea. Corridor 6 provides access to Europe, the Middle East, and Russia. The KPEC will finance the Peshawar-Torkham expressway portion of Corridor-5.

The Peshawar-Torkham expressway will reduce transit time and costs for regional and international trade transiting the Khyber Pass and extend till Karachi, Lahore, Islamabad, Peshawar trans-Pakistan expressway system. It will form an integral part of the planned Peshawar–Kabul–Dushanbe Motorway.

The improved regional connectivity through this corridor will not only facilitate the commercial traffic and expand economic activities between Pakistan and Afghanistan but also promote private sector development along the corridor. It is expected to generate up to 100,000 new jobs in Khyber Pakhtunkhwa.

The minister highlighted that the signing of the important project indicated the resolve of the World Bank to support the development agenda of the present government. The World Bank country director committed to extending possible facilitation and financial support to the government in its efforts to promote economic activities in the country and to put the economy back on track.