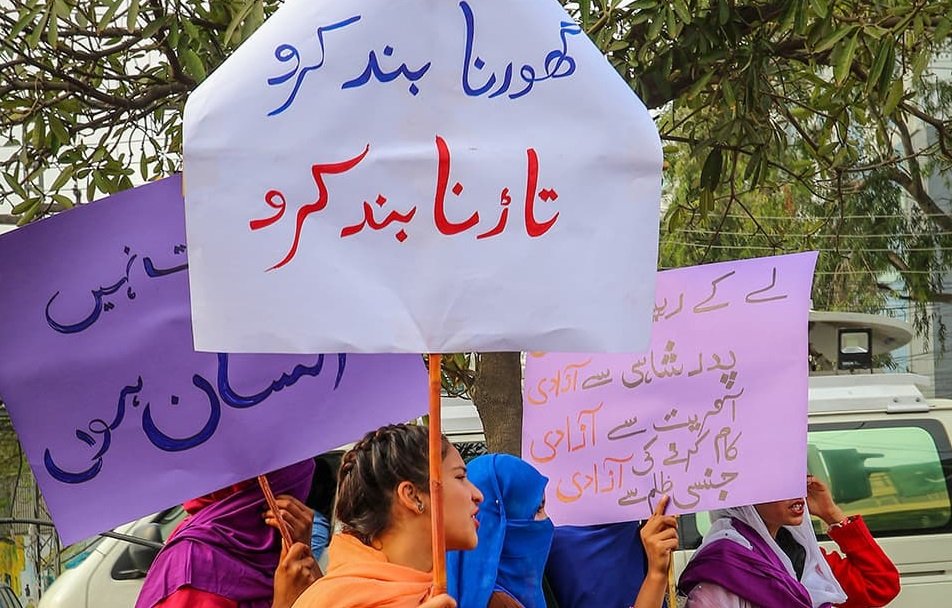 In our region, if a woman accuses a man of harassing or sexually abusing her, it is not considered to be the man's fault

As a student of the Gender Studies, I would like to share some statistics on violence against the female gender, particularly against the women hailing from the South Asian region. In this region, if a woman accuses a man of harassing or sexually abusing her, it is not considered to be the man’s fault but the fault of the woman who is accused of provoking the man to commit such a heinous act. But one may ask, what about little innocent girls who become a victim of men’s lecherousness? Is this, once again, their fault in some way that incited a man to assault them?

Worldwide, up to 50 percent of sexual assaults are committed against girls under 16. Over 60 million girls worldwide are child brides, married before the age of 18, primarily in South Asia (31.1 million). It is also estimated that more than 10,000 girls a day eventually get married before they turn 15 and most of them give birth before they turn 18. According to the World Health Organization, every day more than 800 women die from preventable causes related to pregnancy and childbirth. Moreover, 99 percent of all maternal deaths occur in developing countries.

With 2,000 reported dowry-related deaths per year, Pakistan has the highest rate of dowry deaths at 2.45 per 100,000 women. (Anderson, Siwan (2000), The economics of dowry payments in Pakistan, Mimeo, Tilburg University Press, Center for Economic Research) Approximately, 130 million girls and women in the world have experienced female genital mutilation/cutting. A man who proposed a woman for marriage and gained the woman’s refusal in return has, in many cases as revenge, thrown acid on the woman’s face and body to make pain and suffering certain and sure forever on the victim because she ‘dishonored’ him by refusing his proposal.

In Pakistan, nearly 500 women a year are victims of ‘honour’ killings. It is estimated that on average, a woman suffers an acid attack every week in Pakistan. Between 150 and 400 cases of acid, attacks are reported in this country every year. As many as 80 percent of the victims are women, and almost 70 percent are below 18. Such attacks are not used to kill the victim but to cause disfigurement, and can often cause blindness, hearing loss and physical and mental pain.

Across Asia, studies in Japan, Malaysia, the Philippines and South Korea show that 30 to 50 percent of women suffer workplace sexual harassment, including demands for sex in exchange for job promotion and in colleges and universities advancement or higher school marks or grades. Other forms of sexual violence includes;

Syed Irfan Mehdi is a graduate in the English Literature from the Government College University, Lahore