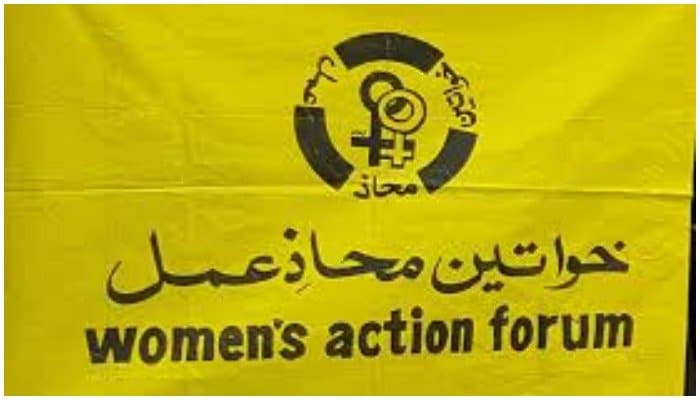 On Pakistan Women’s Day, the Women’s Action Forum salutes heroism of all women and others who continue to struggle for an egalitarian, democratic and progressive society and world order.

February 12 marks a milestone in the history of the women’s movement in Pakistan. In 1983, women defied the military dictatorship by taking out a public demonstration in Lahore despite martial law regulations that banned political activities, processions and public protests.

The immediate catalyst for the demonstration was the proposed law of evidence that would effectively have reduced the testimony of women to half that of men; the accumulative trigger was the dictatorship’s unrelenting push to rescind women’s rights reduce their status to half a human.

This demonstration became the symbol of women’s resistance to all forms of oppression and their unshakeable belief in a gender-just democratic order guaranteeing the complete compendium of human rights for all, particularly those who have been historically marginalized.

The year 2021 marks 40 years of WAF’s relentless struggle to protect and promote women’s rights and human rights for all. Events since 1981, the year Women’s Action Forum was formed, confirm that the forum’s concern articulated over the last four decades have had precisely the consequences that it feared.

“Militarization and religion-driven forces have brought the country to a point where an egalitarian progressive society is at stake,” the statement said. The forum pointed out that women and children have inadequate security, are killed, raped, bartered and deprived of their human dignity, with impunity.

Even after 73 years, most people; transgender persons, women, persons living with disabilities, peasants, workers and minorities continue to suffer discrimination and violence, it said. “The spaces for democratic discourses, dissent, and the promotion of human rights are significantly eroded,” the forum said.

The statement said that the ethnic and religious minorities and minority sects are increasingly being targeted. On this day, the Women’s Action forum reiterates the urgent need for Pakistan to reverse these negative trends to safeguard against the destruction of society’s very fabric.

The forum resolves to continue its endeavours in conjunction with others and calls everyone to join the struggle to reclaim the state and society from all anti-democratic forces that stand in the way of a progressive, safe, tolerant, humane and just Pakistan in which every citizen enjoys equality and dignity of the person.