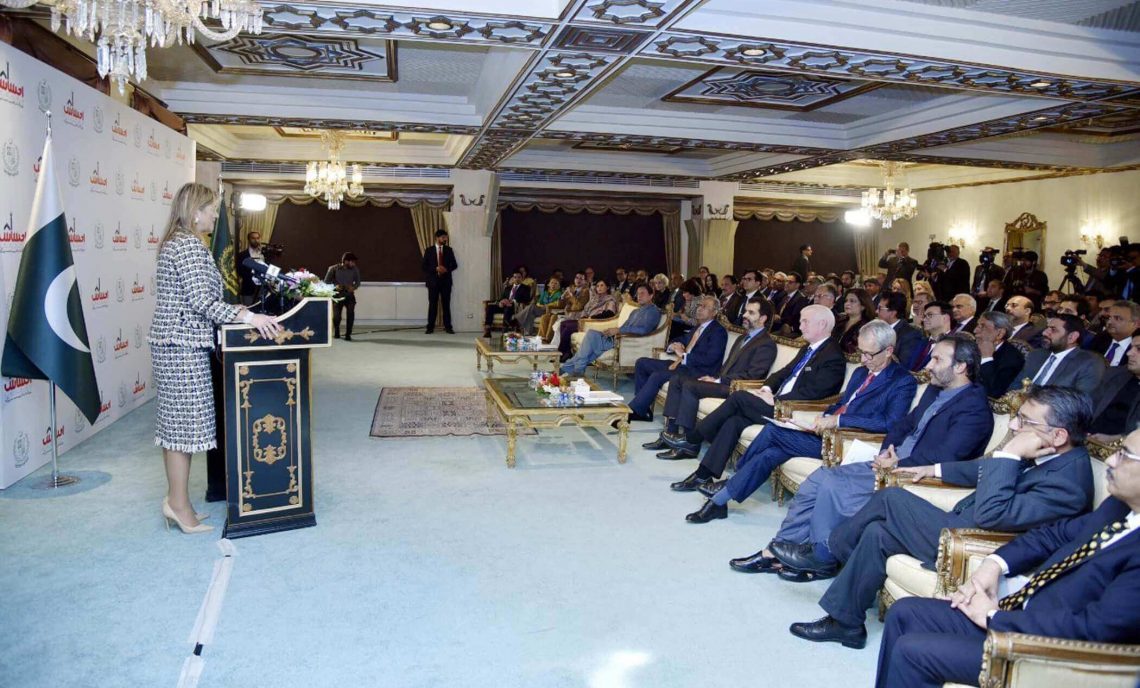 UN secretary general’s Special Advocate for Inclusive Finance for Development Queen Máxima, appreciating Islamabad’s efforts of prioritizing women access to finance and digitizing payments and procedures, stressed need for promotion of the use of technology in financial services while safeguarding privacy and ensuring efficiency.

Appreciating efforts for promoting financial inclusion and reiterated support for Pakistan’s quest for poverty alleviation and inclusive economic development, she called Prime Minister Imran Khan at the PM Office in Islamabad. Queen Máxima is spouse of King Willem-Alexander of the Netherlands.

Talking to the visiting dignitary, Imran Khan appreciated her commitment to promote financial inclusion for development and said her visit to Pakistan would provide an added impetus to the ongoing efforts of the government. He apprised Queen Maxima of various welfare initiatives taken by the government including the flagship Ehsaas Programme.

He said that these initiatives were aimed at promoting financial inclusion especially for women and young people, with the ultimate goal of poverty alleviation, inclusive economic development and women empowerment.

ADVISER BRIEFS QUEEN MAXIMA: Adviser on Finance and Revenue Dr Abdul Hafeez Shaikh briefed Queen Maxima on the nature of public finance and mechanism for resource distribution between the centre and provinces. He presented details of allocation of funds and resources for protection of poor and marginalized sections of the population.

During the meeting at the Finance Division, the adviser gave the queen a detailed overview of the economic situation in Pakistan with a focus on various policy steps and initiatives undertaken by the government to restore macroeconomic stability and the progress. He briefed on economic stability achieved in recent months in different sectors.

He said that the government had doubled the budget allocations for social safety net, disbursement of direct financial support and stipends to women, youth and students, and also nearly 240 per cent growth had achieved in foreign direct investment during the last four months as compared to corresponding period last year.

LOCAL PRODUCTIVITY: Dr Abdul Hafeez Shaikh also spoke on the issue of inflation and enhancing local productivity through various policy means and measures. The queen thanked the adviser for a comprehensive presentation of various aspects of the economy and shared her view on a range of economic issues, including support to start-ups and new businesses.