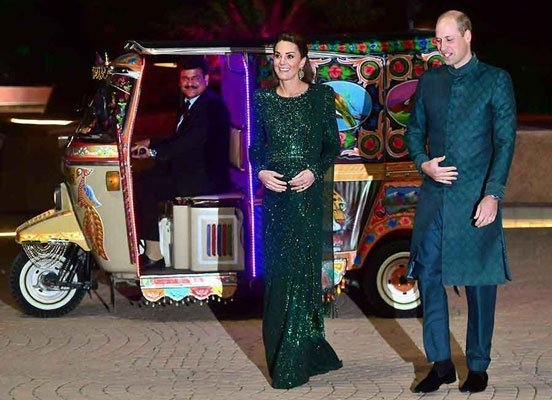 The Duke and Duchess of Cambridge made a colourful entrance as they arrived by auto-rickshaw for a special reception hosted by the British High Commissioner to Pakistan Thomas Drew in Islamabad.

Kate wore a glittering green dress and William a traditional sherwani suit for the event at the Pakistan Monument. At the reception, which was arranged to showcase the best of Pakistani culture, the prince promised Pakistan could rely on Britain as a key partner and a friend. 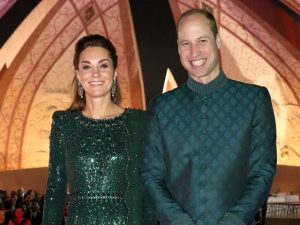 The couple is the first royals to officially visit the Commonwealth country since the Prince of Wales and Duchess of Cornwall visited the region in 2006. In Pakistan, Prince William is also following in the footsteps of his mother Princess of Wales Diana who went there on several charity work trips before her death in 1997.

On a visit to the Islamabad Model College for Girls, the couple spoke to children, including 14-year-old Aima, who told him she and her classmates were big fans of his mother. “Oh, that’s very sweet of you. I was a big fan of my mother too,” the prince said. The couple heard how pupils were benefiting from the Teach for Pakistan programme – a fast-track teacher training scheme modelled on the UK’s Teach First scheme.

The prince and his wife also visited the Margalla Hills National Park in foothills of the Himalayas, before travelling to Prime Minister Imran Khan’s official residence in Islamabad for a private lunch. Both Imran Khan and Prince William reminisced about meeting each other when the duke was a boy at a gathering in Richmond, south-west London, in 1996. The royal couple flew to Chitral to see a climate impact on the glacier and meet with locals.

The duke told how everyone laughed at the time when Imran Khan announced his ambition of becoming the prime minister to William and his mother Princess Diana. The royal visit will also advertise the breathtaking beauty of Pakistan, alongside the bustling cities. It is an opportunity to learn, to encourage and to give something back. 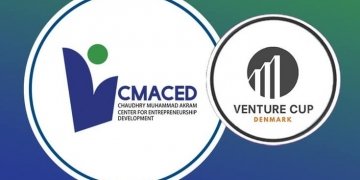