Some countries roll back laws that protect women from violence; others are reducing civic space; some pursuing economic and immigration discrimination against women

Some countries have rolled back laws that protect women from violence; others are reducing civic space; still, others are pursuing economic and immigration policies that indirectly discriminate against women.

On the International Women’s Day, UN Secretary-General Antonio Guterres said that progress on women’s rights has stalled and even been reversed even 25 years after action was demanded at a landmark conference in Beijing.

The UN chief told a General Assembly hall full of diplomats, activists, women, and girls that bias against gender equality is growing in some countries. “We must push back against the pushback,” he said. “We cannot give way; we refuse to lose the ground we have won,” he said.

‘I AM A PROUD FEMINIST’

“I am a proud feminist,” Antonio Guterres said. “Only through the equal participation of women can we benefit from the intelligence, experience, and insights of all of humanity.” He spoke at length about unsung women heroes, such as American scientist Eunice Foote who proved that changes in carbon dioxide could affect the Earth’s temperature and Tu Youyou, who saved millions of lives around by turning to traditional Chinese medicine for a cure for malaria.

“It is more important than ever for men to stand up for women’s rights and gender equality,” he said. That’s why he said that he is personally committed to increasing support for women’s rights across the board at the UN. Over the next two years, he vowed to do everything in his power to make sure women are represented in all decision-making at the United Nations, including in peace processes.

In a new report, the UN said that men still overwhelmingly hold elected positions, make more money, and have access to better jobs and education. In addition, women in many parts of the world are still trying to overcome societal obstacles, including child marriage, illiteracy, domestic violence and lack of access to family planning.

Rural and indigenous women face even more hurdles, in addition to discrimination and deeper poverty. The secretary-general was joined by several trailblazing women, including the world’s youngest female prime minister, Sanna Marin of Finland. She is 34 and heads a coalition government in which women lead all five parties.

Finland has been at the forefront pursuing gender equality for decades, including being the first state to grant women full political rights – both to vote and to run for office. “Change does not happen overnight,” Sanna Marin said. “We had to harness the resources of the whole society because we simply could not disregard half of the population.”

She said that family-friendly policies such as paid parental leave, publicly funded child care and even free school lunches played a significant role in advancing gender equality. She noted that many of these policies were introduced by female legislators. “I argue that the best way to get gender transformative policies is to have more women in high-level decision-making positions,” she said.

Veteran activist and author Charlotte Bunch said that there was a clear reason for the backlash against gains women have made. “Because we have touched a nerve; we have touched the possibility of profound social change.” Nobel Peace Prize laureate Leymah Gbowee of Liberia urged governments to move beyond the rhetoric of women’s rights and take real action that will lead to change.

“Our rights should not just be important during election season; they should be important at all times,” she said. In a message marking the International Women’s Day, Phumzile Mlambo-Ngcuka, executive director of UN Women, the world body’s entity for gender equality and women’s empowerment, said that the benefits of gender equality are not just for women and girls, but for everyone whose lives will be changed by a fairer world.

As a massive year for gender equality, she said that 2020 was all about Generation Equality, in which “we’re mobilizing to realize women’s rights, and to mark 25 years of implementing the Beijing Platform for Action” – the historic and landmark gender equality plan drawn up in the Chinese capital. Generation Equality is focusing on issues facing women across generations, with young women and girls at the center.

“We don’t have an equal world at the moment and women are angry and concerned about the future,” she said. “They are radically impatient for change. It’s an impatience that runs deep, and it has been brewing for years.” Mlambo-Ngcuka underscored that girls are disappointed with “the stewardship of our planet, the unabated violence directed against them and the slow pace of change in fulcrum issues like education.”

She asserted that policies are needed that promote equality in childcare responsibilities and provide State support to families, and those who work in the informal economy. Though radically impatient, Mlambo-Ngcuka said: “We are not giving up”. She cited as a cause for hope, growing support in tackling gender-bias barriers; a driving will for change across generations and countries; and that the last 25 years “have shown us what is needed to accelerate action for equality.” Inspired by climate activist Greta Thunberg, 14-year-old Alexandria Villasenor has staged a climate strike every Friday – for the past 65 weeks.

She said that the wildfires engulfing her native California were a catalyst, noting that women are leading the climate movement and creating the solutions we need for the climate crisis. Commission on the Status of Women Chairperson Mher Margaryan said: “Our world will never be at peace so long as gender equality and exchange of basic human rights between men and women are regarded as privilege and luxury.”

General Assembly President Tijjani Muhammad-Bande called on everyone, to defend gender equality as a necessity in upholding human rights. Noting that no country has achieved gender parity, he stated, “we have much work to do.” Entering the Decade of Action to implement the Sustainable Development Goals (SDGs), the assembly president flagged the need to mainstream SDG 5 – Gender Equality – across all of our work.

“This ensures that women and girls have the opportunity to participate equally in all decisions,” he explained. And in commemorating ten years of the UN Women entity, he called for support to generation equality to guarantee that equality becomes a lived experience for everyone, regardless of gender. By working together, “we can galvanize multilateral action to realize the human rights of all women and girls,” he affirmed. 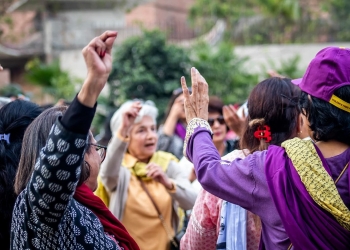 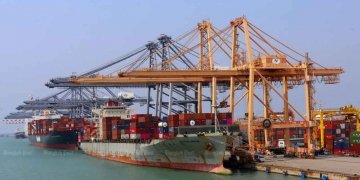