Out of 196-member UN, 70 countries committed to a goal of carbon neutrality or climate neutrality by 2050 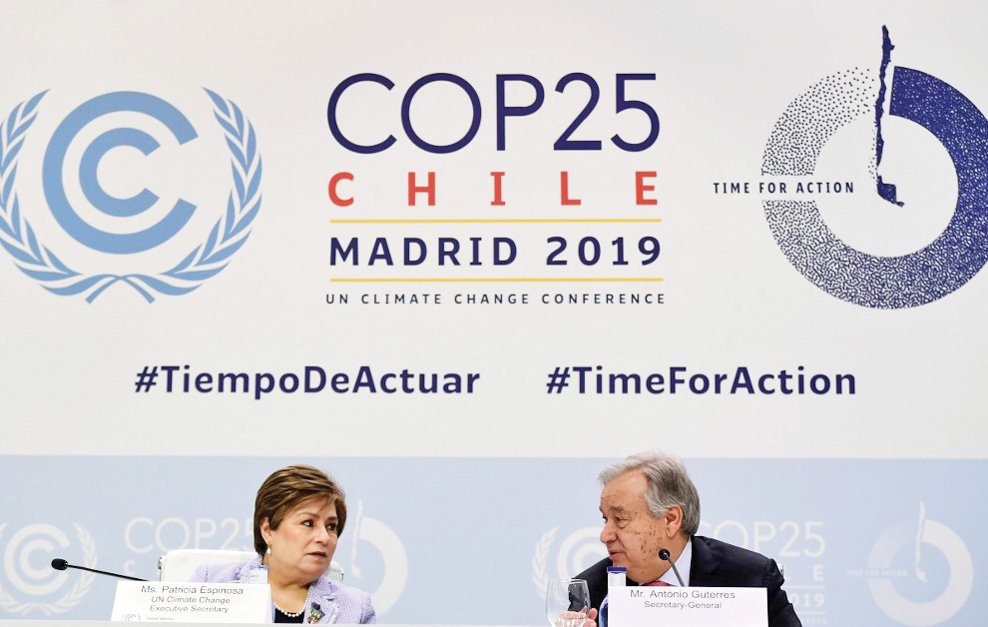 Out of 196-member UN, 70 countries committed to a goal of carbon neutrality or climate neutrality by 2050

Ahead of a key climate conference in Madrid, UN Secretary-General Antonio Guterres warned that the devastating impact of global warming that threatens humanity is pushback from nature under assault.

For many decades, the humans have been at war with the planet, and now the planet is fighting back, he said, decrying the utterly inadequate efforts of the world’s major economies to curb carbon pollution. He said that the climate-related disasters are becoming more frequent, more deadly, more destructive.

“We must stop our war against nature, and science tells us we can do it,” he said on the eve of the 196-nation UN Climate Change Conference, known as COP25. Antonio Guterres flagged a UN report to be released in a few days confirming the last five years are the warmest on record, with 2019 likely to be the second hottest ever.

Every year, air pollution associated with climate change kills seven million people, he noted, adding that human health and food security are at risk. Cuts in emissions of greenhouse gases, mostly from burning carbon-based fossil fuels, that have been agreed so far under the Paris deal are not enough to limit temperature rises to a goal of between 1.5 and two degrees Celsius above pre-industrial levels.

Antonio Guterres said that many countries are not even meeting those commitments, and political will is lacking. The UN chief’s comments were clearly aimed at the handful of countries responsible for more than half of global greenhouse gas emissions, though he did not call them out by name.

US President Donald Trump has started withdrawing the United States from the Paris Agreement, while the deforestation of the Amazon basin, a crucial carbon reservoir, is accelerating, and China has tilted back towards building more coal-fired power plants. Seventy countries have committed to a goal of ‘carbon neutrality’ or ‘climate neutrality’ by 2050.

This means they would balance out greenhouse emissions, for instance through carbon capture technology or by planting trees. But Antonio Guterres said these pledges were not enough. “We also see clearly that the world’s largest emitters are not pulling their weight,” he said, and without them, “our goal is unreachable.”

He singled out the European Union as playing a constructive role, saying the 28-nation bloc could help lead the way towards a net-zero global economy by 2050. But current national pledges, if carried out, would see global temperatures rise by at least three degrees C, a recipe for human misery, according to scientists.

Despite growing public pressure, the 12-day negotiating session is likely to remain technical in nature, focused on finalizing the rulebook for the Paris Agreement, which becomes operational at the end of next year. Antonio Guterres said that climate change is no longer a long-term problem. “We are confronted now with a global climate crisis, and it is in sight and hurtling towards us.”

Last year’s UN climate summit in Poland yielded a framework for reporting and monitoring emissions pledges and updating plans for further cuts. But sticking points remain, not least over an article on how to put a price on emissions, and so allow them to be traded. “I don’t even want to entertain the possibility that we do not agree on article 6,” Antonio Guterres said.

“We are here to approve guidelines to implement article 6, not to find excuses not to do it.” Bank of England Governor Mark Carney has accepted an invitation to become UN special envoy on climate action and climate finance from January 1, the UN chief said.