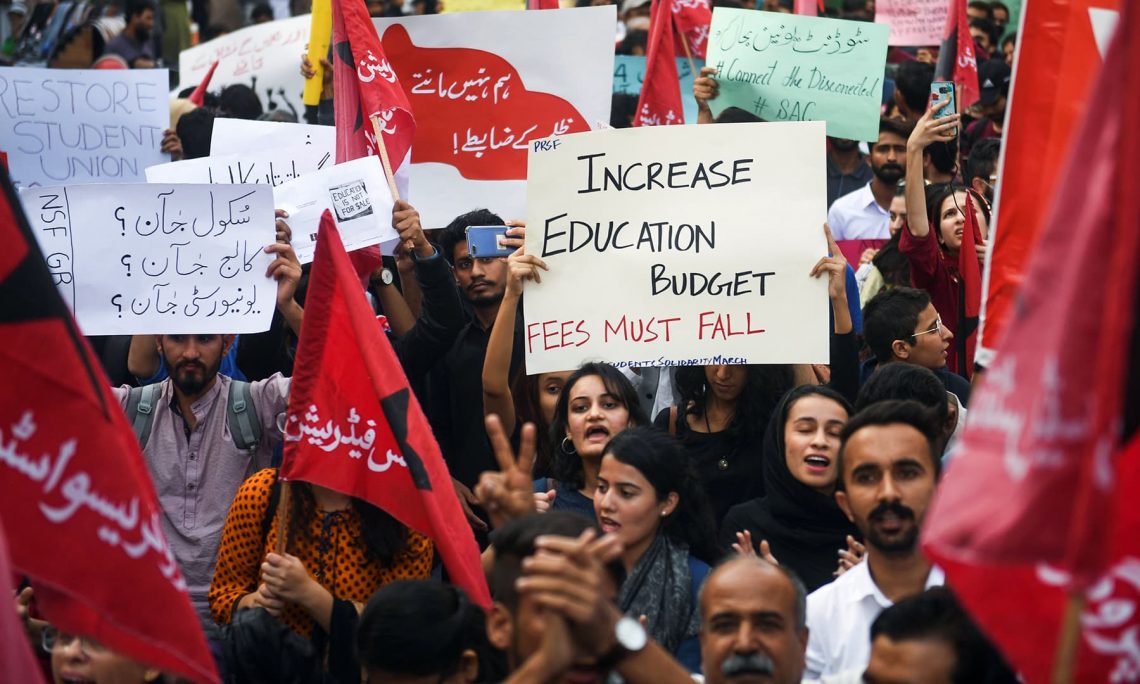 The federal government, in a ‘surprise’ move, indicated a willingness to allow restoration of student unions in higher education institutions after introducing a comprehensive and enforceable code of conduct.

In a series of tweets, Prime Minister Imran Khan hinted at restoring student unions, calling for a comprehensive code of conduct to enable them to groom the youth as future leaders. He said the universities groomed future leaders and student unions form an integral part of this process.

We will establish a comprehensive & enforceable code of conduct, learning from the best practices in internationally renowned universities, so that we can restore & enable student unions to play their part in positively grooming our youth as future leaders of the country.

In Pakistan, university student unions became violent battlegrounds and completely destroyed the intellectual atmosphere on campuses, he said. On November 29, students and people from different walks of life came out to join the powerful Student Solidarity March, led by the Student Action Committee, to present a charter of demands.

Gathered in different cities, the student march demanded restoration of budget for the Higher Education Commission, end to the layoff of academics, allocation of five percent of the GDP for education, nationalisation of educational institutions and withdrawal of the recent fee hike.

The students also demanded the establishment of committees in all the educational institutes to investigate cases of sexual harassment as well as ensuring representation of students on these committees. Furthermore, they asked that offices of security forces be removed from campuses, and undue checking should end.

In a separate tweet, Prime Minister’s Special Assistant for Information and Broadcasting Firdous Ashiq Awan said that the prime minister has directed the federal and provincial governments to formulate comprehensive strategies for the protection of students’ rights and for prompt resolution of problems.

DEMOCRATIC LEADERSHIP: “Our young generation is a precious asset and hope for a bright future of Pakistan,” she said, adding that interpretation of dreams of young people is the main mission of the prime minister. She said that demanding their rights is a reflection of the growing awareness and concern of the students, which is welcomed by the government.

“Our students are the force that would be brought new ideas, insights and inspirational democratic leadership for national development in the coming years as the youth is determined to stand up to every challenge,” the prime minister’s spokesperson said. She said they have to improve character based on the principles of hard work, integrity and truth for the younger generation, especially students.

Activist Jibran Nasir said that the students are the nation’s future and everyone must realize that real and new leadership that comes forth in the country will come from colleges and universities. The Pakistan International Students Alliance also registered opposition to the current ban on student unions and demanded of the government to restore nurseries of the true democratic process.