Leaders vow another new 1,600-bed hospital after completion of 1,000-bed complex in 10 days 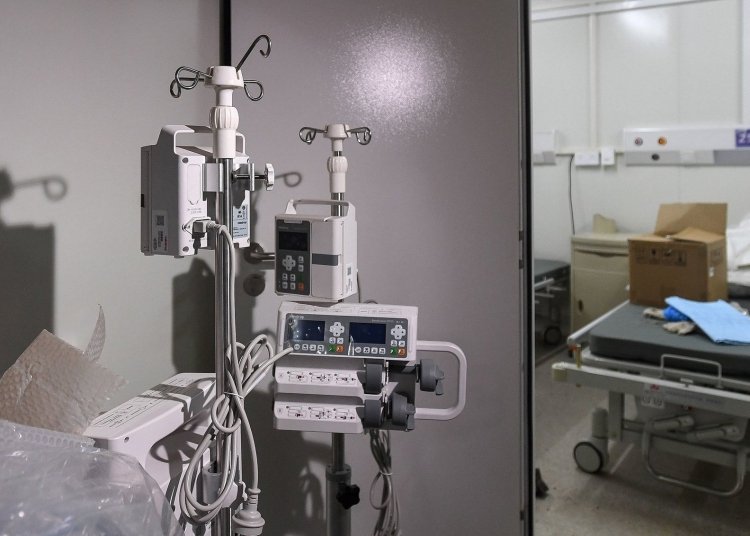 People started descending on the Huoshenshan Hospital which is mostly built in just 10 days to help cope with the outbreak of the new coronavirus in the central city of Wuhan.

Huoshenshan Hospital, with a floor area of 25,000 square meters, will deal primarily with patients who have confirmed coronavirus infection. At the peak of the massive construction project, more than 4,000 workers and about 1,000 construction machines and trucks were on the site.

Foreign media reported that admission is only for patients with officially confirmed coronavirus infections who were transferred from other facilities. The city government is attempting a feat recalling the SARS epidemic of 2003, when Beijing built a hospital in a week.

Leaders pledged to build the 1,000-bed complex in 10 days and vowed that another new 1,600-bed hospital would be ready by February 5. Wuhan, a city of 11 million, has been quiet since the authorities locked it down, preventing residents from leaving and severely limiting public transportation and private cars.

Wuhan mayor Zhou Xianwang officially handed the new hospital over to the military, which will be in charge of operations. Many patients and their relatives have been eagerly looking forward to the opening of the new coronavirus hospitals.

Xue Ying, the resident who had driven to the hospital, said his mother had recently died of what the hospital called viral pneumonia, and though she was never tested, he believed that she had the coronavirus. China’s media reported that ambulances had begun transporting patients to the new hospital.

Bai Xuejian, a publicity officer from China Construction Third Engineering Bureau Co, a leading builder of the hospital, said the company was given the task by the authorities in Wuhan on Jan 23, with construction formally beginning two days later.

To ensure timely completion, construction work was done in shifts 24 hours a day. Strict disease control and prevention measures such as requiring workers to wear masks and sterilization of the whole construction site were enforced, he said.

The construction process of both the new hospitals has been livestreamed online every day since the start of the projects. The livestreaming videos provide a bird’s-eye view of the construction sites, with workers, excavating machines and trucks racing to make the deadline.

On Sunday, the PLA Air Force used eight of its large transport planes to ferry medical personnel and supplies from the military to Wuhan to aid with disease prevention and control. The eight aircraft landed at Wuhan Tianhe Airport in Hubei with 795 medical personnel from the armed forces and 58 metric tons of equipment and materials.

They came from Shenyang, Lanzhou, Guangzhou and Nanjing. It was the largest non-military operation of the Air Force’s transport fleet since April 2010, when many planes were deployed for earthquake aid in Qinghai province, according to the Air Force.