Prince William, Princes Kate visit a settlement of Kalash tribe to learn how they co-exist with other communities 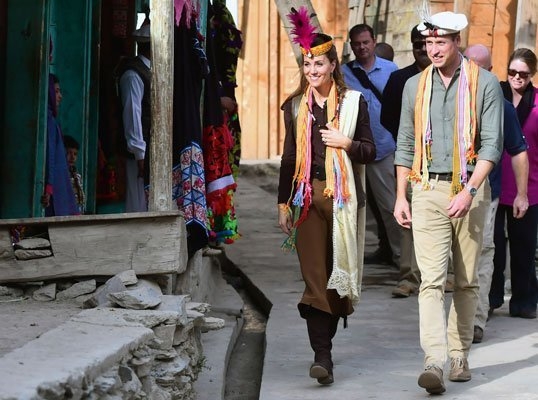 Prince William and Princes Kate, the Duchess of Cambridge, visited a remote region in the Hindu Kush mountain range in Chitral district of Khyber-Pakhtunkwa on the third day of their royal tour of Pakistan.

They saw the Chiatibo Glacier in Broghil National Park, and were shown how it has retreated rapidly in recent years as the earth’s climate gets warmer. The British prince said that communities vulnerable to change needed more education, more awareness and political action to deal with the increasing effects of climate change.

The young are starting to get engaged in it, he said, calling for a positive conversation on climate change among world leaders. During a speech in Islamabad, the duke urged leaders in Pakistan and Great Britain to work together amid an impending global catastrophe. 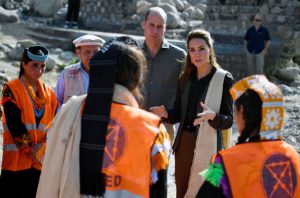 The couple were joined by Dr Furrukh Bashir of the Pakistan Meteorological Department. William quizzed him during their visit, asking him about what time of year glaciers tend to flood, and the impact locally.

Dr Furrukh Bashir said that glaciers in the region’s mountains provide water for 1.6 billion people. He said there are more than 5,000 reasonable sized glaciers in the area, but almost 70% of them are retreating. Global warming has seen the Chiatibo Glacier retreat by about 10 yards per year.

The first threat that brings, as the glacier melts in the warmer air and the runoff flows downstream toward communities along riverbanks, is flooding. The second is the depletion of the huge water supply locked away in their ice. Scientific communities have agreed global warming is causing glacial retreat, Dr Bashir said.

“These glaciers are retreating and telling you that climate change is real, global warming is real. A quarter of humanity is dependent on these glaciers.” Bashir welcomed the visit by the British royals, saying it helped to raise awareness of the changing environment in the region.

William and Kate arrived by helicopter to the remote location in the Chitral district, where they received an official welcome and were presented with a book of photographs of William’s mother, the late Diana, Princess of Wales’ visit to the region in 1991. Following the glacier excursion, the couple met survivors of mass flooding caused by glacial melting in the area in 2015.

Buildings and farmland in the valley were destroyed by boulders tumbling down with the flood water. During their visit, they spoke with Diana, a young woman from the area who was named after William’s mother. The young woman is part of a volunteer emergency response team, now funded by UK aid money, that helped save lives when the floods hit in 2015.

A translator said the royals’ visit was a source of pride for the group. “They’re glad that people are learning more about this. It’s a source of pride,” the translator relayed. “They can’t forget this day.” For their final engagement of the day, William and Kate visited a settlement of the Kalash tribe, and joined children and young people from the tribe to learn how the Kalash co-exist with other communities in the region. 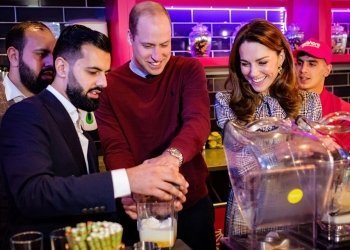