THE ILL EFFECTS OF COLONIALISM 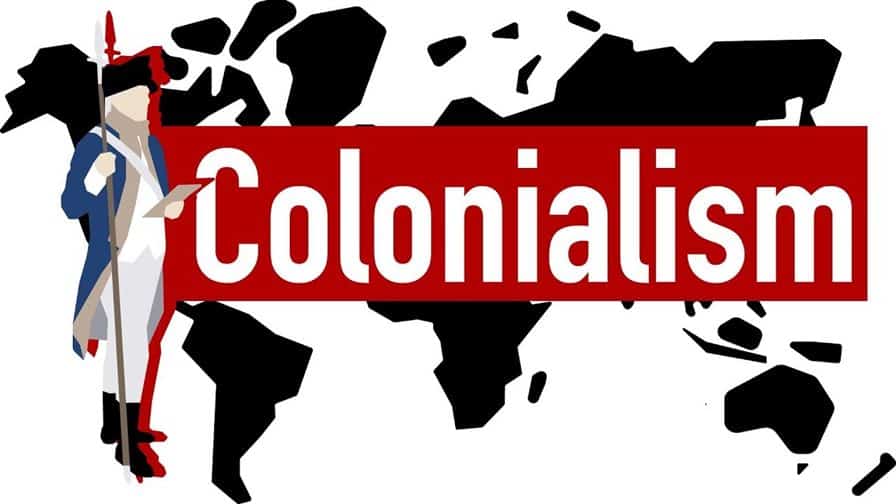 When we talk about the ill effects of Colonialism, not only were the Colonial Powers involved in oppressing the local populations and plundering the wealth and sources (e.g., the British plundered and looted 45 trillion dollars from India), but it also turned the different ethnic groups or the homogenous groups against one another and created more mess afterward. The Colonial Masters left behind every essence of morality to oppress and brutalize the local populations. Regarding the messy situation when the Colonial masters left, three examples are very notorious…

After World War I, Palestine was under the British Mandate, but things would start getting tough for the Palestinians, who were brutally repressed and not given their due share. British crushed a rebellion in the 1930s when Palestinians rose against them. The Balfour Declaration of 1917 was a smack on the faces of Palestinians and their right to self-rule. Then in 1948, the Jews would take over and instigate NAKBA, rendering nearly 700,000 Palestinians homeless, all thanks to the oppressive policies of Colonial Britain.

Hong Kong was under British control for a 99-year lease until it became mainland China’s territory in the late 90s. The British failed to realize that Hong Kong in these 99 years had developed a different identity than China, and it was bound to create a mess. Recent Protests manifest those ill-meted policies, where natives of Hong Kong have come out in droves to resist an Extradition law passed by Mainland China and approved by Hong Kong’s leader.

Kashmir was a part of the British Raj when India was a colony, but it would become a mess and a bone of contention between Pakistan and India since the inception of these two countries. Both countries have fought three wars in the region and are among the world’s most militarized zones. Nearly two years ago, India gave the Indian Occupied Kashmir admittance to the Indian Union, which Pakistan protested.  All the dominos of such unprecedented moves and policies were instigated by the first domino that fell when The Britons pushed it.

Regarding conflicts between homogenous groups and different ethnicities, one must check the SYKES PICOT AGREEMENT drafted between France and the UK during the First World War. This agreement was made in the areas of the Middle East among the French and the British. According to this agreement, France would get the Northern zone, including Syria and Lebanon. In contrast, Britain would get the Southern Zone after the War, which included Mesopotamia (modern-day Iraq and Kuwait), Jordan, and Palestine. 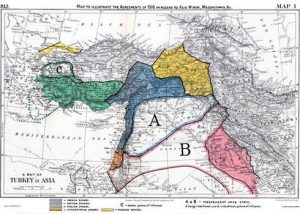 Both French and British would try to assert their influence in the region. The British demarcated the Borders of Iraq and Kuwait, and the French tried to demarcate Lebanon’s borders so that Lebanon would have a Christian majority population, nonetheless a failed attempt.

The repercussions of the Sykes-Picot Agreement?

Iraq’s borders were demarcated in such a way that the different ethnic/religious groups, Sunnis, Shias, Kurds, etc. would have endless conflicts, and because of the way their borders were demarcated with Kuwait and the allocation of the oil fields along with Iraq’s restricted access to The Gulf Iraq would attack Kuwait and hence the bloody Gulf War took place in the early 90s.

French attempt to demarcate Lebanese borders would become a strife source and later develop into the gruesome 15 years of the country’s Civil War. The Civil War started in 1975 and went on till 1990, devastating the status of Lebanon as a peaceful place with a rich intellectual tradition. The ramifications of the War are still felt to this day.

Nearly all the issues/conflicts in past colonies were due to the then colonial masters’ ill-conceived policies. Recently, France declared that it would never apologize for the brutalities it committed in Colonial Algeria, killing more than a million people. French General Marcel Biegard has even defended the torture and atrocities committed in Algeria by the French.

Malek Bennabi, the famous Algerian intellectual of the twentieth century, writes in ‘The Chaos of the Western World’:

Bennabi also criticizes the Colonial powers for bringing Materialism to the colonized lands, which inhibited the spiritual essence and aspects of life. Bennabi criticizes Europe that instead of guiding humanity through its torch of Civilization, it set flame to the Colonial world.

The Colonizer, in his injustice, forgets justice and loses the true element of civilization within him. While de-civilizing, brutalizing, and degrading the colonial subjects, he degrades himself. In the words of Martinican poet Aime Cesaire, Colonialism works to de-civilize the colonizer, awakening lust, violence, racial hatred, and moral relativism.

Colonialism has produced a long list of profound ill-effects in the colonies, but I just restricted myself to a few examples of the inglorious errors and crimes of the Colonial powers to enlighten the reader and give him an overview of the ill and devastating effects of Colonialism,

The writer is a dentist with an interest in History, Politics and Religion.