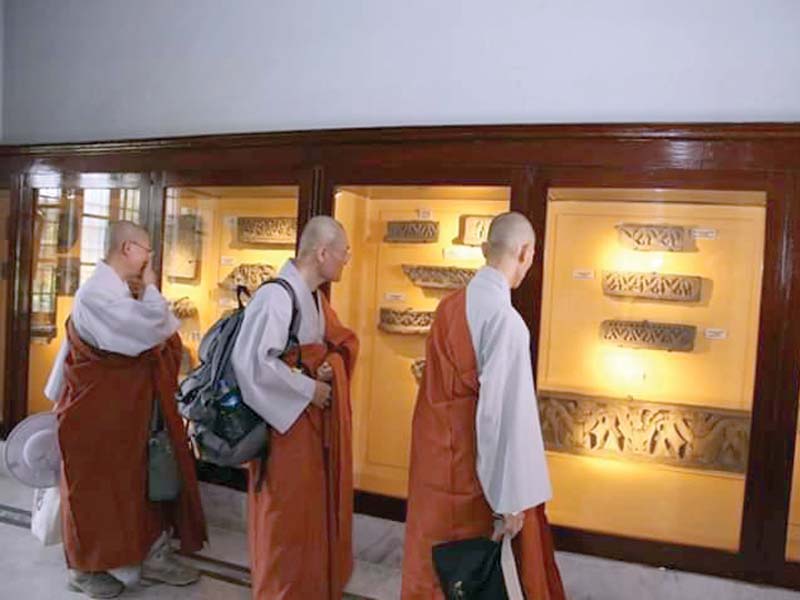 Top Thai Monk Arayawangso along with a 15-member delegation will visit heritage sites including Takht Bhai, Bhamala, Haripur, Peshawar Museum and Taxila Museum during a five-day visit to Pakistan.

The delegation called on President Dr. Arif Alvi at the Aiwan-e-Sadr in Islamabad and hoped that the visit would encourage tourists from Thailand and other countries to visit Pakistan and study its ancient civilization.

President Arif Alvi said Pakistan had a rich multicultural heritage and there are various heritage sites all over the country. He highlighted the opening of the Kartarpur Corridor and facilitation being extended by the government to religious pilgrims and tourists.

Arayawangso is one of the few monks who have worked with Muslims of southern Thailand and has quite a good understanding of Islam. With recent tourism-friendly steps of the government, tourism promoters hope a large number of Buddhists will travel to Pakistan as the country is home to several historical Buddhist sites.

Pakistan is home to Buddhism sites and there are 1200 to 1400 big and small sites that have some historical link to Lord Buddha and his times. “Our Swat is one of the eight places where Buddha’s ashes were brought and there is a site indicating that place in the valley,” said Imran Shaukat, a promoter of tourism.

An official said that a 30-meter reclining Buddha statue has also been discovered in Haripur. According to the officials, Buddhism flourished in what is now Pakistan some 2,300 years ago, when the region was the center of a Buddhist civilization that took root under the rule of Mauryan emperor Ashoka, leaving an abundant archaeological legacy of art and architecture.

The Gandharan civilization, which lasted from the sixth century BC to fifth century AD is credited with creating the first carved images of Shakyamuni Buddha in stone, stucco, terra-cotta, and bronze, most of which were enshrined in monasteries and stupas in the region. Also, Sindh has sites of Mohenjodaro reflecting ancient civilization as old as 2500BC while Punjab has Harappa that traces its marks back to 2600BC.