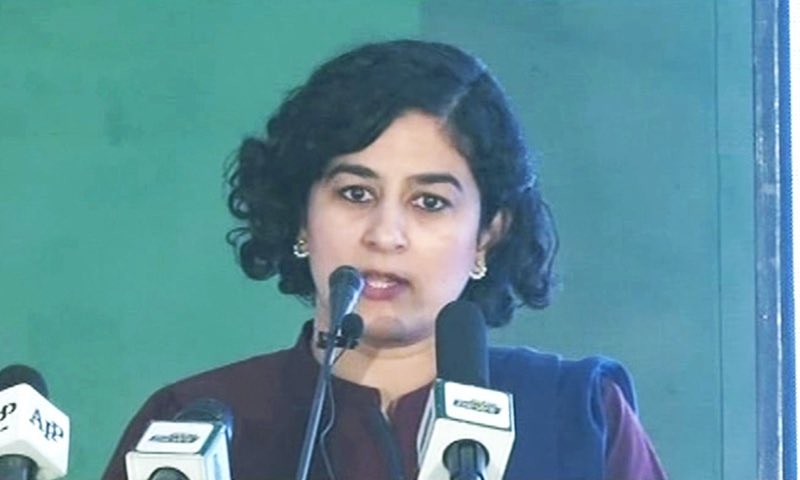 Special Assistant to Prime Minister on Digital Pakistan Tania Aidrus has announced that she is resigning from her post. The notification issued by the Cabinet Division stated that Prime Minister Imran Khan had accepted Aidrus’s resignation.

Aidrus, on his tweet, stated that she is resigning from as SAPM  due to recent denunciation leveled against her and the incumbent government because of her dual citizenship.

Criticism levied towards the state as a consequence of my citizenship status is clouding the purpose of Digital Pakistan. In the greater public interest, I have submitted my resignation from the SAPM role. I will continue to serve my country and the PM’s vision to my best ability pic.twitter.com/BWBvBvO6uz

She clarified that she holds Canadian nationality as it was her birthplace. She also expressed regret that her motive to serve her country was being discouraged just because she born somewhere and not in Pakistan.
In her resignation letter, she stated that she had returned to Pakistan with the “singular intent to contribute and develop the vision of a Digital Pakistan”. “I always was and shall be a Pakistani.”

It is pertinent to mention here that her resignation has come days after the opposition political leaders lambasted the government following the latter’s move to make public details of the assets and dual nationalities of 20 advisers and special assistants to Prime Minister Imran Khan.

The government was facing strong criticism for appointing individuals with dual nationality or holding another country’s permanent residency as special assistants to the prime minister.