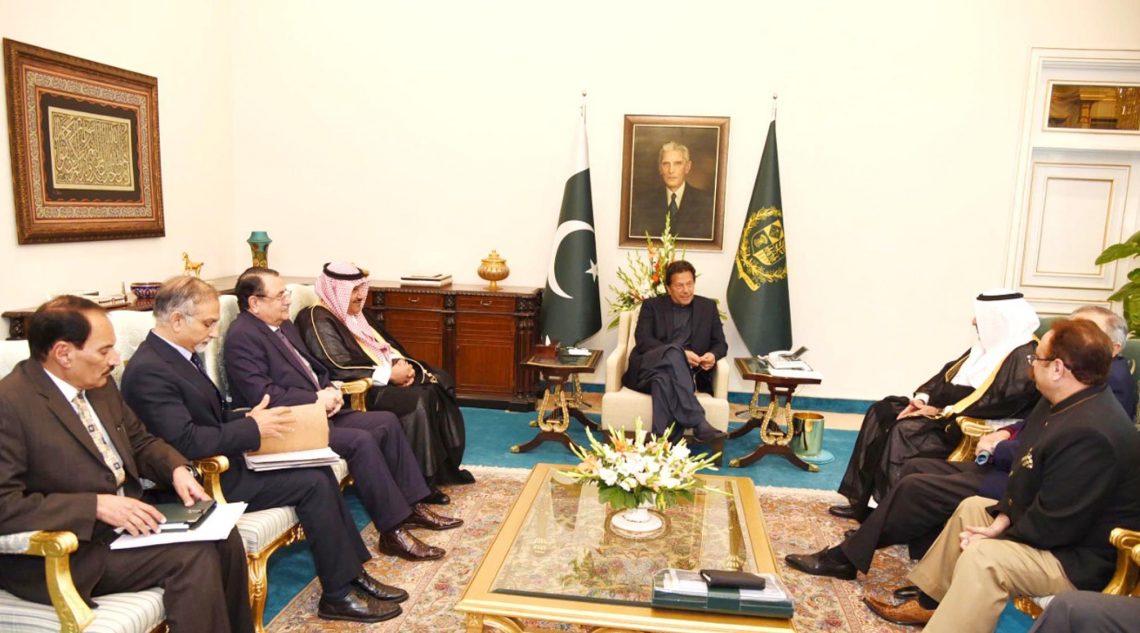 Talking to Tamimi Group Chairman Sheikh Tariq Ali Abdullah Al-Tamimi, who called on him in Islamabad, he emphasized reforms taken by the government regarding ease-of-doing-business and providing one-window operation to potential investors.

Imran Khan said that Pakistan is blessed with 12 climatic zones and is suitable for a variety of agricultural, fruit, dairy and fisheries production. He said that the government is also focusing on research and development to enhance productivity and increase exports with the help of investors.

He said that the government is working on establishing export-oriented grading and standardization of indigenous fruits including apple, peach, mango, and citrus to meet the global demands as these fruits were widely acclaimed for their quality and taste.

Sheikh Tariq Ali Al-Tamimi appreciated measures taken by the government towards achieving economic stability and growth. He said that the stability of the economic policies is a major factor in attracting foreign investments and international businesses are now confident to invest in Pakistan due to transparency and facilitation provided to businessmen.

He said that global organizations like the World Bank have also rated Pakistan among the world’s top 10 business climate improvers. “Pakistan is my second home,” he said. Adviser on Commerce Abdul Razak Dawood and senior officials were also present during the meeting.

PAKISTAN POST INITIATIVE: Addressing launching ceremony of the Pakistan Post initiative for delivery of remittances by overseas Pakistanis through 500 designated post offices in various cities, Prime Minister Imran Khan said that 2020 would prove as the year of economic development for Pakistan with 2019 being the year of difficulties and economic stabilization.

During the year 2020, he said that the focus will be on economic growth, job creation, poverty reduction and the uplift of the poor through the Ehsaas initiative. He said that the vision for the Naya Pakistan is patronizing the merit system which in the past had badly hampered the functioning of all the government departments.

Imran Khan said when they talked about the Naya Pakistan, they wanted to nurture a tendency of making new thoughts coupled with innovative ideas to make the lives of people easier. Referring to the functioning of the Pakistan Post, he said that due to the recent introduction of merit, it had turned into a profit-making entity.

He said that efforts are being made by his government to help the merit system prevail and counted recent drastic measures to make the PIA a profit-making organization and curbing the losses of Rs100 billion in the power sector. He said that the year 2019 had been the difficult one due to various challenges and financial difficulties and expressed the resolve to lift the country out of these challenges.

SPECIAL CARDS FOR LABOUR CLASS: The prime minister said that a scheme is on the anvil to give some sort of prizes or special cards including health cards to families of the overseas Pakistani labor class for sending remittances through legal channels. He said that he is aware of the hardships and the ordeals they suffered abroad to toil in difficult conditions and earn the livelihood.

He appreciated overseas Pakistanis’ contribution to the national economy and said that his government would take all measures to facilitate them. In the past, the embassies and missions did not look into their issues, but he said he had given special instructions and now special attention was paid to their problems.

He observed that the overseas Pakistanis should be provided with facilities and extra steps should be taken to resolve their issues and if they send their remittances through legal channels, they should be given the incentives. He expressed confidence that the Pakistan Post initiative would be helpful for those working in hard conditions abroad as a total of 500 centers would be functioning to facilitate them.

REMITTANCE INITIATIVE: Under the Pakistan Remittance Initiative (PRI), the remittance beneficiaries by using the National Bank of Pakistan (NBP) portal could collect their payments free of any charges from the 500 post office locations. The initiative will facilitate the faster, cheaper and more convenient flow of remittances into Pakistan.

The new steps will encourage overseas Pakistanis to remit their cash through legal means which would eventually lead to boost foreign exchange reserves and discourage the transfer of funds from foreign countries through illegal means.