Friday For Future group says climate strikes expected to take place in 2,300 cities in 153 countries around the world

by Agencies
in thePage
2 min read 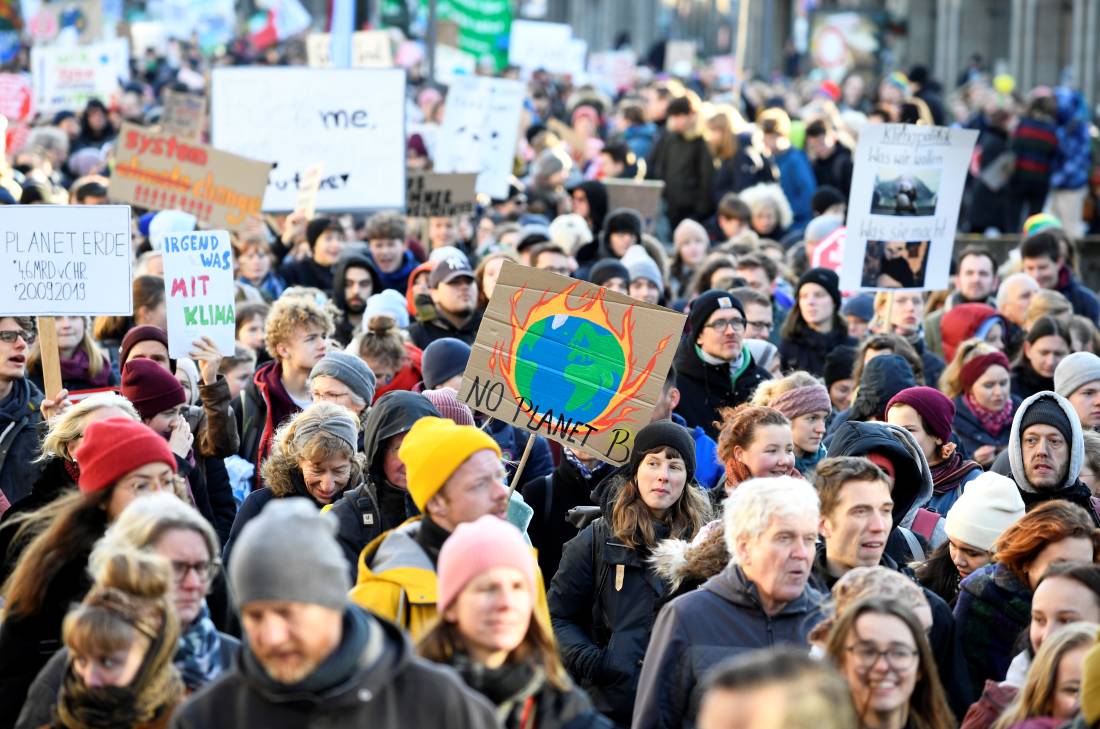 Thousands of people in Asia and Europe joined rallies demanding more action on climate change, aiming to force political leaders to come up with urgent solutions at a United Nations conference next week.

Swedish activist Greta Thunberg had been due to join a student strike in Lisbon, but her environmentally friendly voyage across the Atlantic from New York by yacht was hit by high winds, delaying her by a few days, she told social media followers.

Portugal’s student movement still expected thousands to join marches, building on the famous campaigner’s imminent arrival to mobilize ahead of the United Nations climate summit in Madrid from Dec 2-13. “We wish she’d been here, but the movement has to carry on without her. We’ve got to send our message and pressure politicians ahead of the climate summit,” said Marianna Louca in Lisbon.

The climate strikes were expected to take place in 2,300 cities in 153 countries around the world, according to the climate campaign group Friday For Future. The protests come as experts warn that global temperatures could rise sharply over this century with destructive consequences after greenhouse gas emissions hit record levels.

Outside parliament in London, protesters flew a giant blimp in the shape of a baby with “Guess my weight in CO2” written on its vest. Other protests took place in Mumbai, Tel Aviv, Vienna and Frankfurt. In Bangkok, young people chanted: “No more coal, no more oil, keep the carbon in the soil,” and staged a drop dead flash mob.

In Warsaw, activists, some in gas masks, waved banners saying: “Save our planet” and “Poland without coal 2030”. In Berlin, protesters in swimming costumes dived into the chilly river Spree, holding up a white box in a symbolic attempt to rescue the government’s climate change package.

Activists protested at Amazon sites around France in a backlash against the annual Black Friday shopping event driven in part by environmental concerns. Several dozen protesters staged a dawn sit-in outside an Amazon building in the Clichy district of Paris, holding a sign saying: “No to Amazon and its world.”

In Australia, students in Sydney and other cities walked out of class, saying more should be done to combat the country’s devastating bushfire crisis, which many see as a result of climate change. Holding home-made signs, demonstrators in Sydney accused the government of inadequate action in addressing the bushfire crisis.