According to the latest decision taken by the government, all the borad exams from 9th to 12th grades have been cancelled due to coronavirus outbreak and students enrolled in these classes would be promoted to the next classes on the basis of their last year performance. 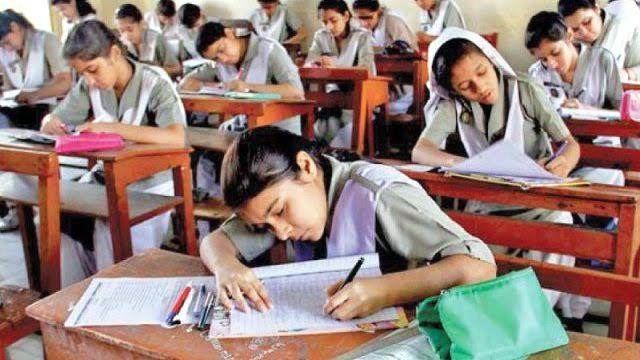 Since Saturday, a visible relaxation in the lock-down is being seen in different sectors across the country except for education as the government has decided to keep the educational institutes closed till July 15 and has also canceled all the board exams this year.

In a press briefing last week, Federal Minister for Education Shafqat Mahmood had announced that educational institutes would remain closed till July 15 instead of May 31. Earlier, it was decided by the government to keep educational institutes closed till May 31 but keeping in view the increasing numbers of coronavirus patients the date has been extended for one and a half months more.

According to the latest decision taken by the government, all the board exams from 9th to 12th grades have been canceled due to coronavirus outbreak, and students enrolled in these classes would be promoted to the next classes on the basis of their last year performance. The students who are enrolled in the 10th and 12th grades would be admitted to colleges and universities on the basis of their performance in the 9th and 11th grades.

Matric and intermediate students who have been preparing for their board exams have shown serious concerns over this decision made by the government.

School and college administrations across the country have also termed this decision hasty and inappropriate one as it has not been taken in the good interest of the students. Parents and guardians who have been spending a lot on the studies of their children are also not happy with this move of the government. They are questioning the serious implications of this decision in the near future.

A student of 12th grade while talking to The Wallet said that he was repeating the 12th grade to improve his marks this year and he had been preparing for this for the last one year but this decision had ruined his studies.

Another student who was preparing for the medical entry test talked to the Wallet that this decision had helped the students who were not into studies. Those who were seriously into the studies were badly hit, he added.

A college teacher while talking to The Wallet said that there were so many flaws in this decision. He said that nothing had been conveyed about the students who had compartments in their 9th or 11th grades. He also said that the students who were preparing themselves to improve their marks in 12th grade would again be judged on the basis of their 11th grade and that would be unjust. He advised the students to keep on preparing for their exams as there were chances that the government might review its decision on the cancellation of the exams of 12th grade at least.

A college administrator while talking to The Wallet said that the students should focus on their studies right now and keep preparing for their exams. He also said that the government had not issued any detailed decision to the colleges so far and the students must wait for the details in this regard.