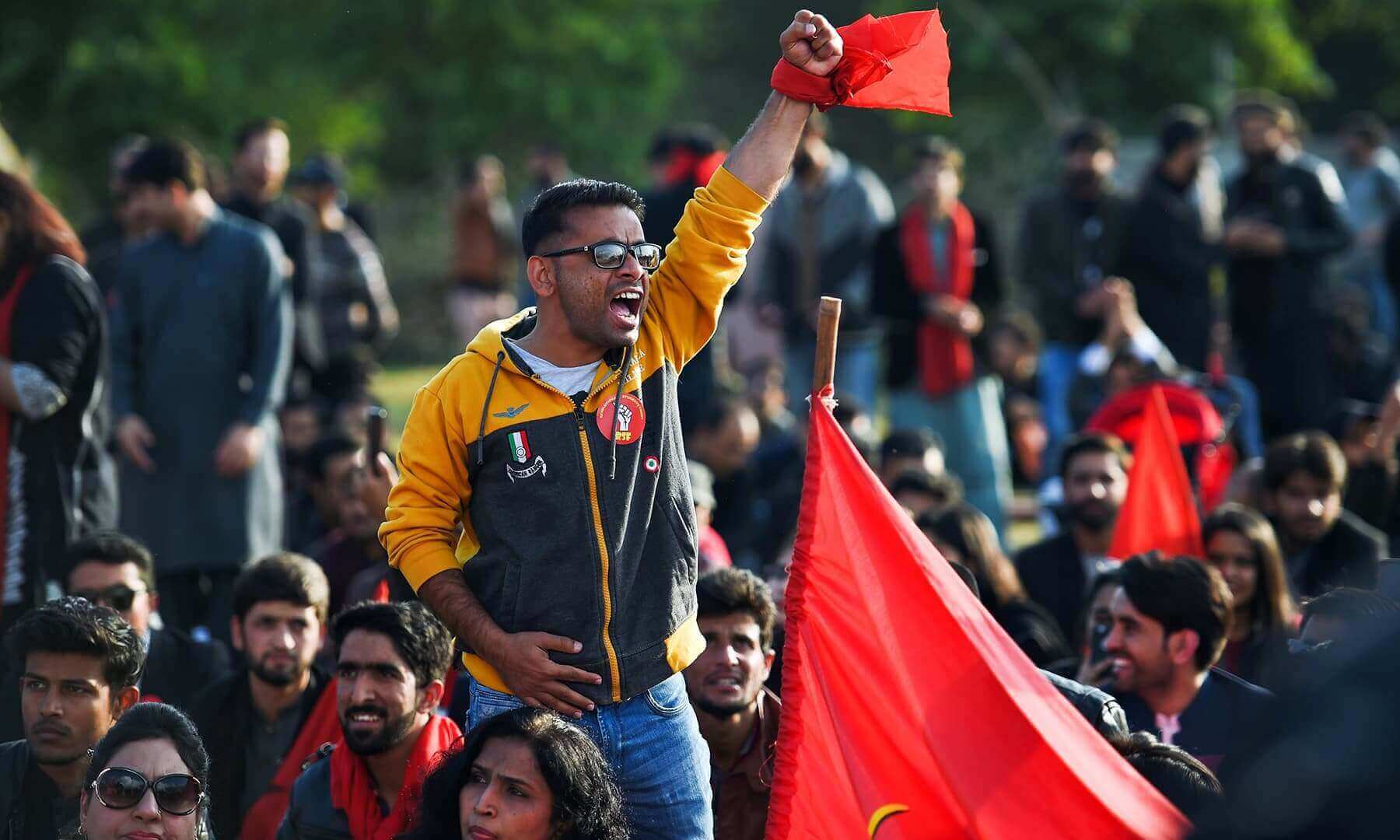 The Student Solidarity March, backed by civil society activists, received a support from several political leaders. The students who want admission in colleges and universities have to sign an affidavit, along with their parents that says the student cannot participate in any mobilization or political activity on campus.

The much-publicized march was organized by the Student Action Committee, a newfound umbrella of progressive student groups. The students belonging to a right wing student group seemed to stay away in some cities, like Islamabad, but showed up in Lahore and some other cities.

Former federal minister Senator Pervez Rasheed said that most of the political leaders who have opposed dictatorships got their training from student politics. Remembering how vibrant campuses were in late 60s and early 70s, he described how students received training in a democracy when competing candidates for a union post had to argue their case in front of potential student voters who would then elect the person they deemed best.

Political activist Ammar Lashari said that from the charged campus debates that had once taken place about the education system, politics, governance and economics, the campus discourse that remained limited to questions of morality and culture, fueled by narratives of civilizational clash in the age of the war on terror and curricula filled with militarism and religious nationalism.

Pakistan People’s Party Chairman Bilawal Bhutto said that the spirit of activism and yearning for peaceful democratic process from a new generation of students is truly inspiring. He said that efforts of his mother, a two-time former prime minister Benazir Bhutto, to lift the ban were thwarted in order to depoliticize society. In 1989, she reversed the ban, but her decision was challenged in the court.

Human rights activist Jibran Nasir said that the Supreme Court in 1993 ruled that the ban on political activities on campus should be subject to periodic review, which never happened. No untoward incident was reported anywhere, with some cities lent a helping hand by police officers who escorted the rallies. The students were lauded for the disciplined manner during their demonstrations.

In an open letter addressed to the government ahead of the march, Pakistani student leaders studying at international universities had also voiced their support for the students. They have come together under the banner of the Pakistan International Students Alliance and registered opposition to the current ban on the student unions in Pakistan.