In 2020, October will have two full moons, once on October 1 and then again on October 31; two supermoons on March 9 and April 7 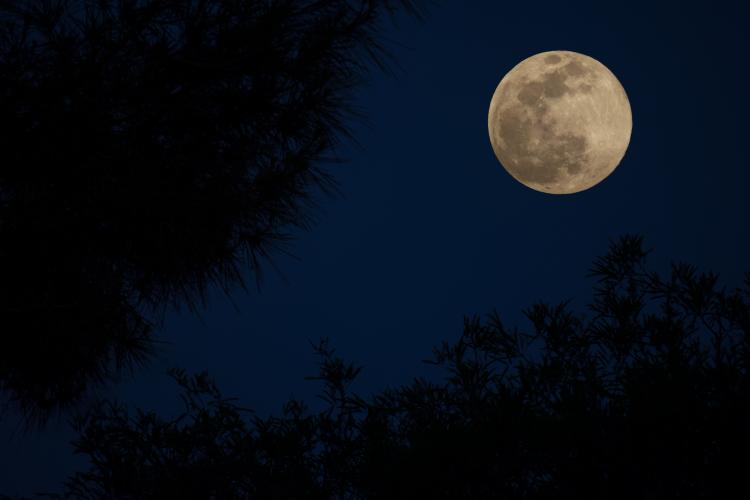 In Pakistan, lunar eclipse was visible in all major cities

Skywatchers in Pakistan also witnessed a first lunar eclipse of the year 2020 during the night between Friday and Saturday, as the first month of the new decade continues with a penumbral lunar eclipse – a different from a total eclipse, according to officials.

In a statement issued in Islamabad, Pakistan Meteorological Department Director Nadeem Faisal said that the lunar eclipse occurred when the moon moves into Earth’s penumbra or outer shadow. This situation causes the moon to look darker than normal, he said.

Experts said that the lunar eclipse, also known as the wolf moon eclipse, is a celestial event that occurs when the Earth comes between the Sun and the Moon, which results in obstructing some or all of the Sun’s light from reaching the Moon.

In Pakistan, the lunar eclipse was visible in all major cities as well as in different cities of Asia, Europe, Australia, and Africa. The officials said that the Moon does not turn totally dark or go red in penumbral eclipses. The three other lunar eclipses will occur on June 5, July 5 and November 30.

The officials said that a lunar eclipse takes place on a full moon when the Earth’s satellite passes through the planet’s shadow. In a total lunar eclipse, the entire Moon is located in the Earth’s umbra or dark shadow, and this, in turn, makes the Moon appears red in colour.

Sky watchers in Pakistan’s different cities have enjoyed a view of a global lunar eclipse and wrote different pieces on their social networking sites about the decade’s first lunar eclipse. Clear skies in most areas gave people an opportunity to watch as the earth’s shadow swept across the lunar surface.

Shahid Baloch, an artist in Lahore, described the partial eclipse as inspiring. He said that the lunar eclipse is safe to view as compared to a solar eclipse where viewers can damage their eyesight in case of looking directly at the Sun. He said that he really enjoyed this celestial moon event without special equipment.

OCTOBER WILL HAVE TWO FULL MOONS

In Pakistan, the Meteorological Department said that the eclipse started at around 10 pm on January 10, and end around 2:15 am on January 11. After the eclipse, the moon emerged from the shadow of the earth, the officials said. Normally, there are 12 full moons in a year because one occurs each month.

In 2020, October will have two full moons, once on October 1 and then again on October 31. Two full moons in the same month are known as a blue moon. And the fact that the second one falls on Halloween truly makes this event ‘once in a blue moon.’ This year will also have two supermoons on March 9 and April 7, when the moon appears even larger and brighter in the sky.

Foreign media shared details of the full moons and their names occurring this year, wolf moon appeared on January 10; snow moon will occur on February 9; worm moon on March 9; pink moon on April 7; flower moon on May 7; strawberry moon on June 5; buck moon on July 5; sturgeon moon on August 3; corn moon on September 2; harvest moon on October 1 and blue moon on October 31.