Home » Pakistan » Be ready for six-hour travel between Lahore and Karachi?

Be ready for six-hour travel between Lahore and Karachi? 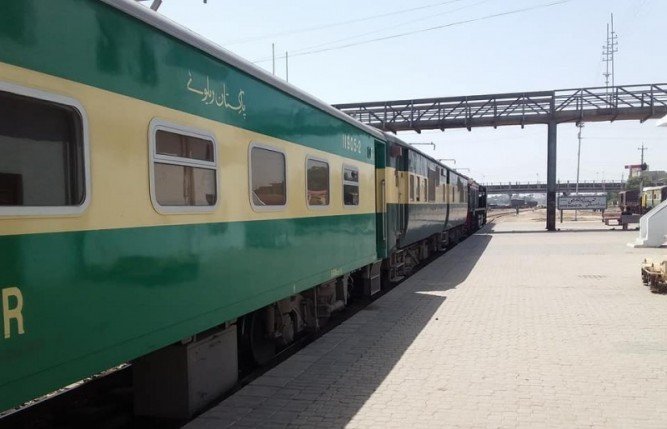 The train will complete its journey between Lahore and Karachi in six hours and from Rawalpindi to Karachi in eight hours after completion of the Main Line-1 (ML-1) as this 1,872 kilometers track will be completed without any railway crossing or gate with China’s cooperation.

10% REDUCTION IN FARE: He announced to reduce 10 percent fare in freight and said that the decision had been taken to remain in the market which would be reviewed on December 25 again. He said that a Railway Food Court would also be introduced from December 25 and the railways would be able to compete for the private sector in food so that they could provide quality food to people at competitive prices.

The minister praised the new administrative team of the railways, including the chairman, the CEO and new chief of the Railways Police, and hoped that the new team would speed up the railway’s revival. He announced a shuttle train between Lahore and Wagha from December 14 to facilitate Pakistan and Indian passengers.

PROFIT FROM PASSENGERS: He said that the Pakistan Railways had become the only railways in the world which are earning profit from passengers as mainly railways earned profit from freight. He said that the Pakistan Railways is facilitating 70 million passengers in a year which shows the trust of the people in the state-run facility.

He said the ML-1 was a milestone in the national history which would play a vital role in the economy as well. To a question, he said that heirs of the Tezgam Express incident would be given Rs2.1 million each as Rs 1.5 million of insurance, Rs 0.5 million from the Prime Minister’s Fund and Rs100,000 each from the minister’s fund will be given.