Home » Blog » Intellectual diplomacy and Saudi Arabia’s relations with Pakistan under the era of testing. 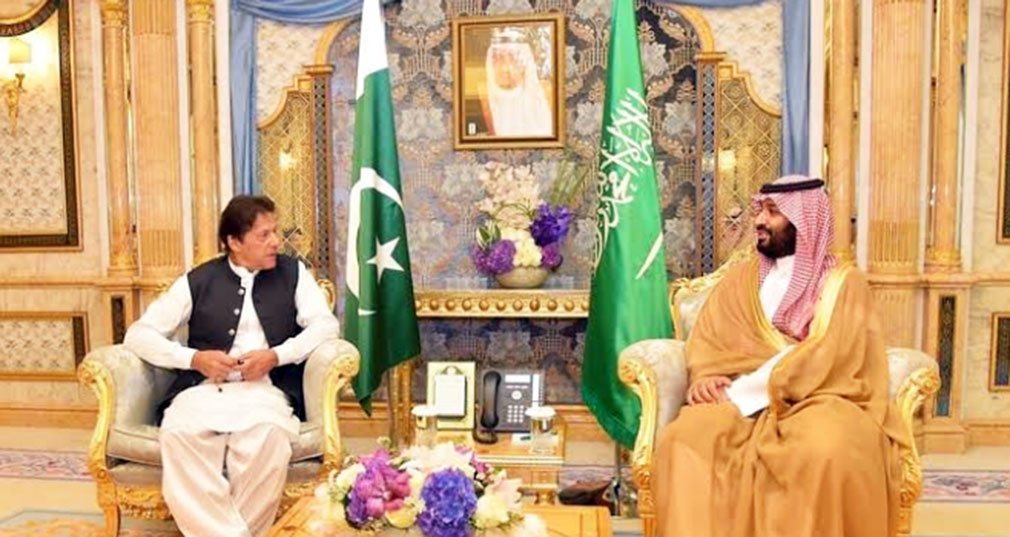 In 2018, when after the election PTI came in power, Prime minister Imran khan officially visited Saudi Arabia and successfully achieved purposes of visits. In this visit, Saudi Arabia has agreed to give 3 billion dollars in foreign currency support for a year and a further loan worth up to 3 billion dollars in deferred payment for oil imports to help stave off of current account crises. This financial support of Saudi Arabia has helped a lot to the Pakistan economy. In this visit, crown prince Muhammad bin Salman has also agreed on the Prime Minister’s suggestion to reduce visit fee for Pakistani workers in Saudi Arabia, This step was very significant towards enhancing the country’s workforce in Saudi Arabia, as well as facilitating the travel of people from both the countries.

After the annulment of section 370 in the Indian constitution by the Indian government, Pakistani Government has requested many times to Saudi Arabia for holding the meeting of the council of foreign ministers on Kashmir issues under OIC but Saudi Arabia has adopted the policy of evasion on Pakistan’s requests, Although Saudi Arabia has very strong and sustainable relations with Pakistan and in past two or three years, many agreements of billions of dollars were also signed between both countries. The main reason for this Saudi’s evasion policy on Pakistani’s requests is the economical interests of Saudi Arabia with India and America.

Now, Pakistan has chosen a new dimension towards Saudi Arabia due to the back help of China. After the clash of Chinese and Indian army at a location in the Galway valley on the issue of territory, China has also changed her foreign policy. Now China is fully supporting Pakistan on the issue of Kashmir and also supporting Pakistan financially. After the full support of China, Pakistan has capable of adopting the aggressive approach towards Saudi Arabia. Now after the strict statement by the foreign minister of Shah Mahmood Qureshi, Saudi Arabia would have to call the meeting of the council of foreign ministers otherwise Pakistan can arrange the meeting on Kashmir issue with the help of those countries who have the same stance on Kashmir issues as Pakistan has on Kashmir issue. If the meeting will be held by Pakistan, then maybe this meeting can change the foreign policy of many countries.

Muhammad Azam Nagra is a columnist and social activist. He is also doing the Final year of LLB Hons from Punjab University, Lahore.