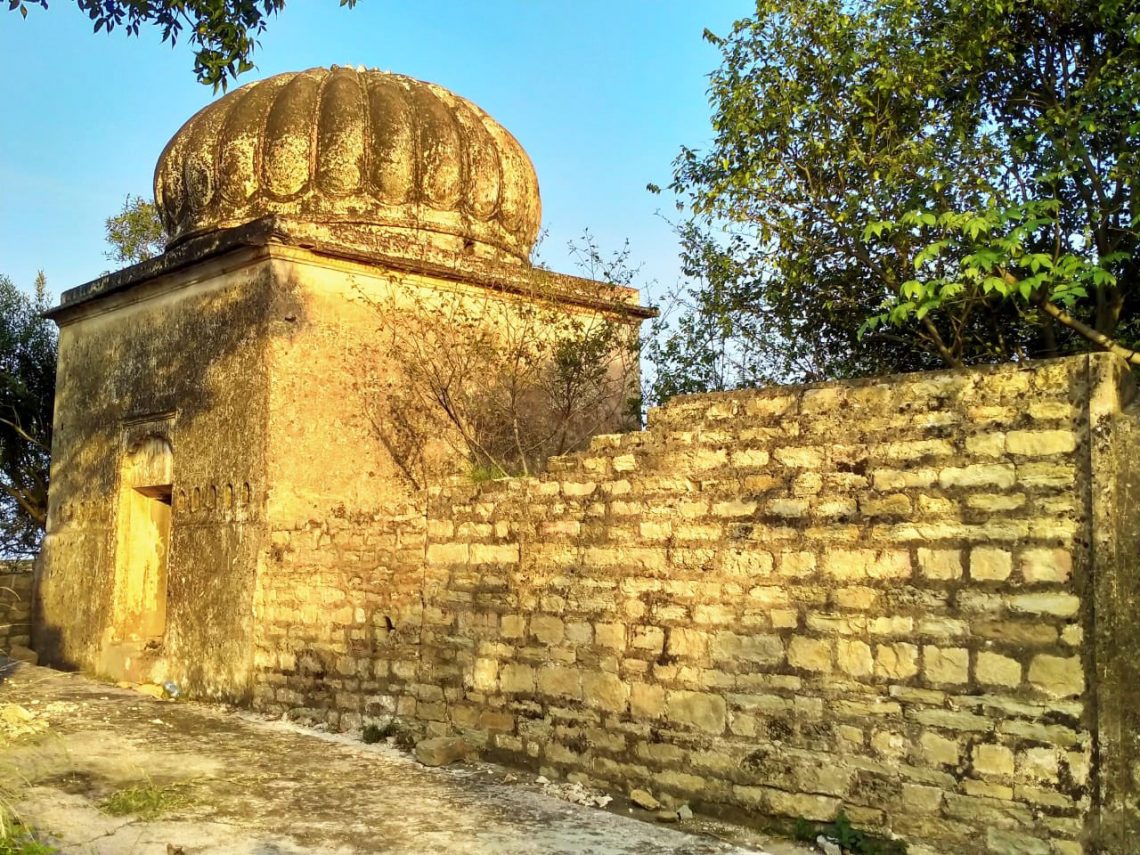 Punjab is a land of mystics. Tilla Jogian is a narrow ridge, which is about 20 miles west of Jhelum. On the Southern side, the ridge joins the Salt Range and on the northern merges into highlands. Fair-weather road branches off from Grand Trunk Road (this Grand Trunk Road was first built by Raja Vikramaditya in the first century BCE and subsequently renovated by Sher Shah after he had deposed Hamayun- the second Mughal king) near Dina, to left, when traveling from Lahore to Rawalpindi.

There, the visitors may either choose the traditional route or the Jeep track. The traditional route starts from a village at the base of the mountain and winds steeply up its side. The ascent through the undergrowth, rock, and brambles require climbing skills and a good deal of stamina. Another route that is connected across the Kaghan river where the road disappears and the bed must be negotiated. From another bank, the road leads towards the Rohtas fort, built by Sher Shah Suri during his short but most productive reign, following his overthrow of the Mughal emperor Nasir al-Din Humayun. Through this one majestic portal and the other at the far end, the road ascends 3,200 ft and terminates at the summit of the isolated peal on which the monastery stands.

The mountain of Tilla Jogian

This mountain is sacred for the Hindus and Sikhs and the hill is known as Tilla Jogian. Tilla in the Punjabi language is known for mountain and Jogian is a word used for the Yogis in Punjabi. This mountain is also known as Gorakhnath mountain. Gorakhnath, Gorakh or Goraksa in Sanskrit, the Nath/masters in several traditions apart from the Punjabi, from medieval times onwards. The Naths are masters of Yogic and power and as renouncers, they are celibate ascetics whose tradition must be passed on through recruitment and through the guru-disciple transmission. “Nathism” has been recognized by some as a separate strand of popular Indian religions representing, perhaps, an ancient religious tradition alongside “Vaishnavism” and “Shaivism”.

However, in more recent times at least, Gorakh Nath has been identified with Shiva and since the sixteenth century, the Nath tradition (together with Shaivism) has become partially eclipsed in the north the texts and the legends that they have left behind, but also within the religious communities. Sen characterizes the Nath cult as “an esoteric yoga cult based on austere self-negation and complete control over the vital, mental and emotional functions. But as Nath teachings spread within popular Hinduism both their content and mode of transmission changed, from secret instructions imparted by guru adept to select disciple, Nath ideas passed into folklore.

There, these teachings are strongly associated with the “perfection of the body” (kaya Sindhi) and the quest for immortality. The members of the Gorakhnath is known as Kanphatas (those with pierced ears). Tillan Jogian is a narrow ridge about 20 miles west of Jhelum. On the southern side the ridge joins the Salt Range and on the northern, merges into highlands. Kanphatta Jogi ascetics were the disciples of the Gorakhnath. They pierced their ears and wore large size wooden rings. They used to claim that they were the followers of Lord Shiva and their temples were known as Shivlas. According to Ibbetson and Denzil they bury their dead. 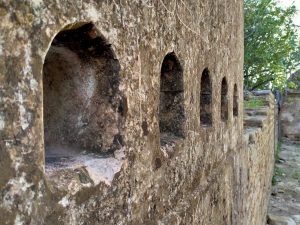 According to the tradition, crown Prince Bharthri of Ujjan turned ascetic and abdicated the throne in favor of his younger brother Vikramaditya. He became the disciple of Gorakhnath and spent his whole life at Tilla Jogian. The oldest Smadh on the hill is known to be that of Raja Bharthri. Another popular tradition is also associated with this mountain is of famous folktale, Heer Ranjha; when Ranjha failed and disheartened he turned ascetic. He wandered from place to place until he reached the monastery at Tilla Jogian. He got his ear pierced and wore wooden rings. Sher Shah and Mughal emperors like Jehangir and Akbar used to visit at Tilla Jogian. Emperor Akbar had given the right of revenue collection of a village Naugiran Kotla to the Jogis, so as to enable them to maintain the monastery at Tilla.

Tilla Jogian was devasted by Shah Shujah Durrani in 1748. All the buildings were ransacked, when Maharaja Ranjit Singh occupied Punjab in 1799, he tranquility restored Tilla Jogian. The famous festival of Baisakhi was also held at this place of Tilla Jogian which take place in April, the place was used to give a festive look, but after the partition of the sub-continent the Tilla was fully abandoned and the Jogis have left this place and migrated towards India. Tilla Jogian is now lying deserted. All the buildings now extant is undoubtedly built-in Sikh rule. There conspicuous shrine on the rocky pinnacle to the west commentaries a visit to the Tilla by Baba Guru Nanak, the founder of the Sikh religion. There are few Buddhist remains also noticed which clearly shows that this Tilla dates to the remote past.

Talking about the recent condition of Tilla Jogian, I was surprised when I saw some magical circles on the floor, even women’s dupattas were lying on the floor, a few mysterious things were also felt and I was shocked when I saw Vandalism everywhere, looters have done a great deal of damage to this archaeological site and yet Punjab Archaeology department is sleeping.