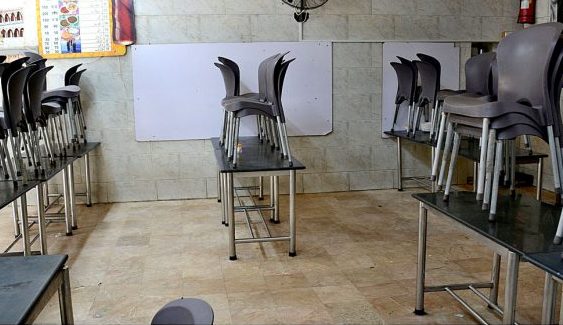 He further said that the government has opened the parks and resumed the transport facility with standard operating procedures (SOPs) that is much more risky than opening the restaurants. He added that SOPs can be easily followed at the restaurants as the administration at the restaurants will ensure the implementation of the necessary precautionary measures but it will be an uphill task to make people follow the measures in parks and public transport vehicles.

He said that if parks can be opened and public transport facility can be resumed, why the government can’t open the restaurants which are already succumbing to the financial implications due to the coronavirus pandemic. This clearly shows the ill intention of the government and it is highly condemnable.

He also said that the government might introduce exclusive SOPs for the restaurants by determining the number of customers at a time and distant sitting of the customers.

He said that if the government would not allow the restaurants to resume their operations, the forum of Lahore Restaurants Unity would go any extent to stop the exploitation of the restaurant industry and it has also developed a way out in this regard.

Earlier, the restaurant owners have been requesting the government individually to allow them to resume their services but now the forum of Lahore Restaurants Unity has raised this issue before the government with the backing of the Lahore based restaurants.

Lahore Restaurants Unity Chairman Aamer Rafique Qureshi has said that the government has not decided to open the restaurants yet but hopefully permission will be granted soon in this regard.

It is important to mention here that since the imposition of the lockdown in the country, the restaurants are continuously closed and the government did not allow them to resume their operations even with SOPs.

After the resumption of activities in parks, mosques and markets, it is hoped that the restaurants will also be allowed to resume operations with SOPs.

Prime Minister Imran Khan has also made it clear in his recent address to the Corona Relief Tiger Force that the government does not afford a lockdown again and it will be further relaxed in future with the help of the tiger force.

Man Needs Both Religion and Science