Recognition of Israel: A Bitter Reality 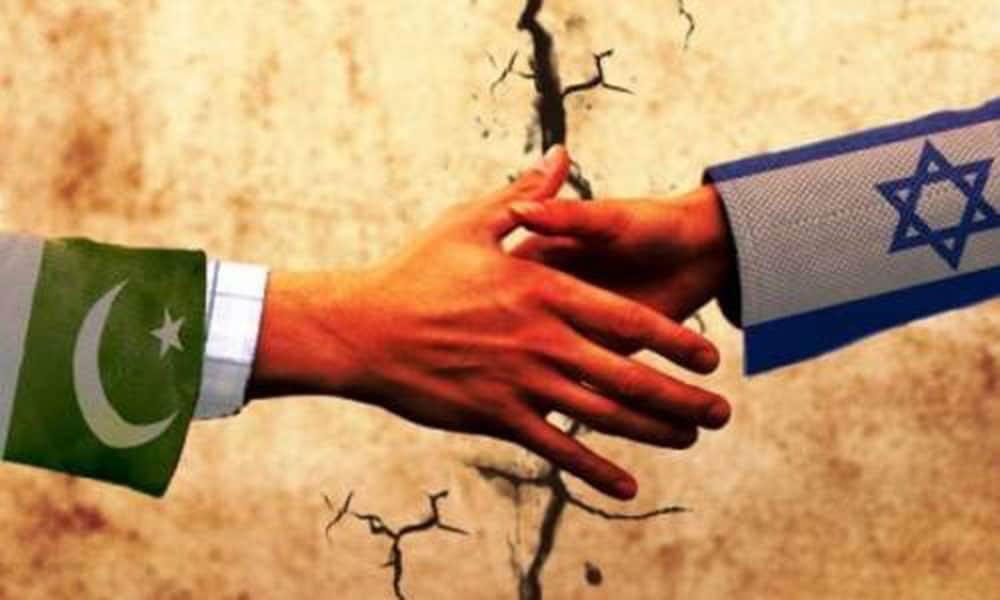 On 13 August 2020, the United Arab Emirates, a Gulf state, signed an agreement with Israel which was mediated by U.S. President Donald; and a month after Bahrain, another Persian Gulf Kingdom normalized its relations with Israel and which made their position at number three and four respectively in Arab countries’ list that recognized Israel (Egypt did so in 1979 and Jordan in 1994) and next might be Oman or some other Gulf countries that will follow same footsteps. Anyway, this development was not a bolt from the blue rather it was the result of continuous efforts which were made by Israel and the Arab leaders who had been quietly cultivating ties for yore.

“In view of the fact that Pakistan has very close relations and ties with Arab countries that is why, after this development, a new debate has been started in our country whether Pakistan should recognize Israel or not? Before going into this discussion we have to understand what was the stance of Quaid-e-Azam Muhammad Ali Jinnah on it; and when we explore history to figure the answer out we discover that the All India Muslim League had been supporting to Palestine for the beginning.

Even the decade of 1930 itself witnessed significant developments in Palestine under the leadership of Jinnah who put Palestine’s issue on top of all his agenda. Just a few days after partition, he announced to send a delegation to Cairo under Abdur Rehman Siddiqui to participate in Inter-Parliamentary World Congress on Palestine to be held in August 1947. In addition, Zafrullah Khan attended deliberations of the UN Ad Hoc Committee over Palestine and rejected the partition of Palestine that Pakistan would not accept by any means.”
Credit: Journal of Historical studies by Qaisar Shahzad

Although both nations were established based on similar ideological declarations; i.e Two-Nation Theory and Homeland for the Jewish, but Quaid-e-Azam had a firm opinion on it as he once said;

“Every man and woman of the Muslim world will die before Jewry seizes Jerusalem. I hope the Jews will not succeed in their nefarious designs and I wish Britain and America should keep their handoff and then I will see how the Jews conquer Jerusalem. The Jews, over half a million, have already been accommodated in Jerusalem against the wishes of the people. May I know which other country has accommodated them? If domination and exploitation are carried now, there will be no peace and end of wars”.

That’s why it is mentioned noticeably on our passport: “This passport is valid for all countries of the world except Israel.”

On the other hand, the history of Jews in Pakistan dates at least as far back as 1839. Various estimates suggest that there were about 1,000 to 2,500 Jewish families living in Karachi at the beginning of the twentieth century. A smaller community of Jews also lived in Peshawar and Rawalpindi.
Credit: The lost Jewish history of Rawalpindi by Tahir Saif

According to the Pakistan Jewish Virtual Library, most of the Pakistani Jews have migrated to Israel in the 1960s and 1970. They were in number between 1,000 to 2,000 and the majority of these refugee Jews were those who migrated from Karachi. And according to NADRA official, there are still some 745 registered Jewish families in-country, usually hide their identity from the public due to security reasons.

Despite the lack of official diplomatic relations between Pakistan and Israel; there was always covert coordination and cooperation between both countries in the past that could be witnessed in events such as the Soviet-Afghan War and Black September conflict, etc. Whilst diplomatic ties continue to remain unestablished due to Pakistan’s refusal to officially recognize Israel until a feasible two-state solution is reached in regards to the Israel-Palestine conflict. Yet, Pakistan and Israel regularly use their embassies and consulates-general in Turkey to mediate and exchange information with each other.

Apparently PM Imran Khan has the same stance as Quaid-e-Azam had and Khan stated:

“No matter what other countries do, Pakistan will never recognize Israel until Palestinians are given their rights of separate state”

but Khan’s statement neither clearly condemned nor praised to UAE-Israel deal as he did not want to create any trouble with Gulf states. Moreover a member of parliament from Pakistan Tehreek-e-Insaf suggested ties with Israel and this rang alarm bells that the PTI is working on a “Jewish agenda”. In addition that there was a curious case of an Israeli plane landing in Rawalpindi in 2018, but the Pakistan government continued to deny it. On the whole, It is a clear sign that the once-taboo subject of Islamabad questioning potential relations with Israel is now entering mainstream discourse and on Social Media, this discussion is going on whether Khan’s government itself is encouraging this debate of Israel’s recognition. But most of the Pakistanis believe in before recognizing Israel, it will be good for Pakistan to recognize itself.

Because our country has two different-mindset about recognition of Israel; some are in favor while others are not. Gen Pervez Musharraf was the first military ruler who said that if the Palestinians and Israelis reach a peace deal, then Pakistan should recognize Israel and in his tenure, the foreign ministers of Israel and Pakistan held the first-ever officially acknowledged meeting in Ankara. Musharraf had seriously considered recognizing Israel that’s why the country’s then foreign minister was facilitated by Turkey to discuss the possibilities of Pak-Israel normalization of relations with an Israeli envoy but our religious leaders and people of Pakistan were against Israel. Hence we must consider all the pros and cons before reaching any conclusion and we should not show urgency to recognize Israel as there are still 30 countries, including Pakistan, those do not recognize Israel.