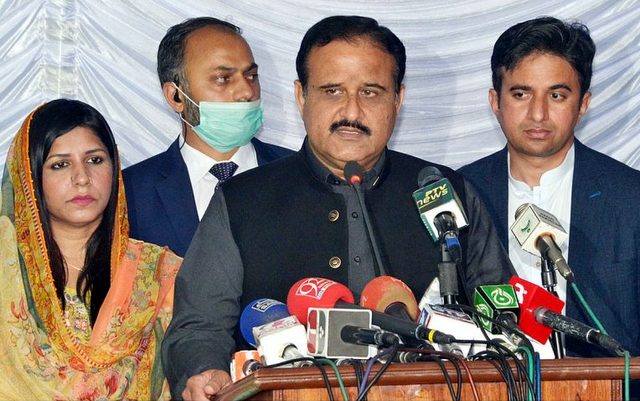 Punjab has decided to allow business activities in the cities where, so far, a very small number of coronavirus cases have been reported.

According to a Geo news channel report on Wednesday, Punjab, the biggest province of Pakistan, has decided to resume the business activities in the cities where either coronavirus cases are not reported or a very small number of cases have been reported so far.

The report further said that Punjab Chief Minister Sardar Usman Buzdar has asked the concerned departments to submit their final plan in this regard. However, the final decision on this matter will be announced in the meeting of the National Coordination Committee.

The report said that a joint plan made by the Labour Department and other administrative departments would be presented in the next meeting of the National Coordination Committee. The committee would be requested to approve the suggestions given by different provincial departments, the report added.

The report also claimed that there are twelve such cities in Punjab where coronavirus cases are not high in number and business activities can be resumed in these cities with all the precautionary measures and safety procedures.

The report said that CM Usman Buzdar would present the suggestions of the concerned departments in front of the National Coordination Committee and seek the approval of the committee to resume all the business activities in the recommended cities.

The report further said that the government has also principally decided to open shops and markets during the hours specifically designated for business activities.

It added that markets in different zones would be allowed to open the shops on specific days and the markets which would be given the approval to resume the business activities would remain open from 9 am to 5 pm.

It also said that market unions and their presidents would be responsible for making sure that shopkeepers and the customers are following the SoPs set by the government.

The report further said that in all those areas where coronavirus cases would be high in number lock-down would be strictly implemented.

The report quoted CM Usman Buzdar that all the economic business activities would be resumed keeping in view the SoPs and rules and regulations set by the government and health departments. It further cited the CM as saying that the government wants to resume the business activities in the province in phases but it is very important to be careful and follow the precautionary measures to be safe.

Earlier, Sindh also announced to resume economic activities in Sindh but with all the precautions and safety measures. Sindh CM Murad Ali Shah first announced to resume online businesses and then allowed the businesses to function four days a week from 9 am to 5 pm. He also mentioned that any market or shop found violating the SoPs set by the government would have to face the immediate closure. However, Murad Ali Shah made it clear that strict lock-down would continue after 5 pm on a daily basis.

It is pertinent to mention here that all the SoPs in Sindh were set after consultations with local traders.