Sardar Usman Buzdar while addressing a virtual meeting of the cabinet in Lahore on Saturday issued directives to resume the transport services across Punjab with twenty percent decrease in transport fares to facilitate the masses. 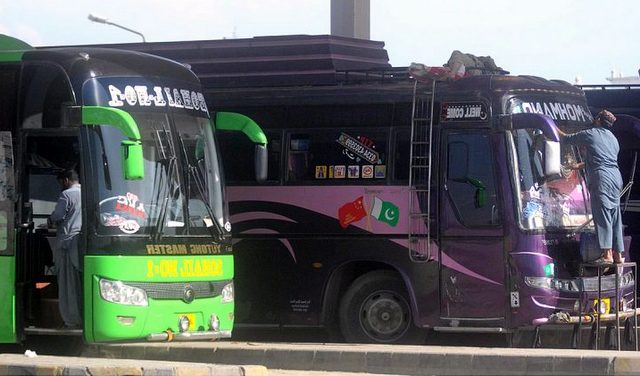 Punjab Chief Minister Sardar Usman Buzdar on Saturday allowed the transporters across the province to resume inter and intra district service from Monday, May 18, 2020.

According to the details, Sardar Usman Buzdar while addressing a virtual meeting of the cabinet in Lahore on Saturday issued directives to resume the transport services across Punjab with twenty percent decrease in transport fares to facilitate the masses; however, this permission has come with certain standard operating procedures (SOPs).

The decision that has come after a prolonged dialogue with the Punjab Transporters’ Association over the percentage of cut in fares narrates that transporters will resume their services across the province from Monday but with a cut of 20% in the fares. This cut was proposed by the provincial government keeping in view the recent crisis in the oil market due to COVID-19.

As per the SOPs, rickshaws, taxis, and buses will be allowed to resume inter and intra district services from Monday while it would be mandatory for the driver, conductor, and passengers to uses masks and gloves. It is also mentioned in the SOPs that passengers would be seated with necessary distance in buses and sanitizing walkthrough gates would be installed at all the bus stands across the province.

According to the SOPs, it would not be allowed to use the air conditioners in the buses, and windows will remain open throughout the journey to maintain proper ventilation.

The SOPs say that the passengers who will be suffering from cough, fever, or any other minor ailment would not be allowed to travel. All the travelers would be required to carry handkerchiefs and tissue papers that will be disposed of after using once, the SOPs narrate further.

The CM also permitted the online taxi and transport service to resume the business but with all the standard operating procedures.

According to the SOPs, anybody found violating the directives of the government would not be allowed to do the business and be punished according to the law.

Along with the transport service, the CM also allowed the shopping malls and power loom to start their operations from Monday.

Earlier, Pakistan International Airlines (PIA) also started its flight operations within-country yesterday. All the passengers were seated with distance and no food was served during the flight keeping in view the expected transmission of the deadly coronavirus.

Transporters and online transport companies have welcomed this decision and termed it as a positive step for the transport industry.