Opposition Leader in Sindh Assembly Firdous Shamim Naqvi along with Halim Adil Sheikh on Sunday said that he was going to register a complaint with the National Accountability Bureau (NAB) against the Sindh government that it damaged the province and looted money. 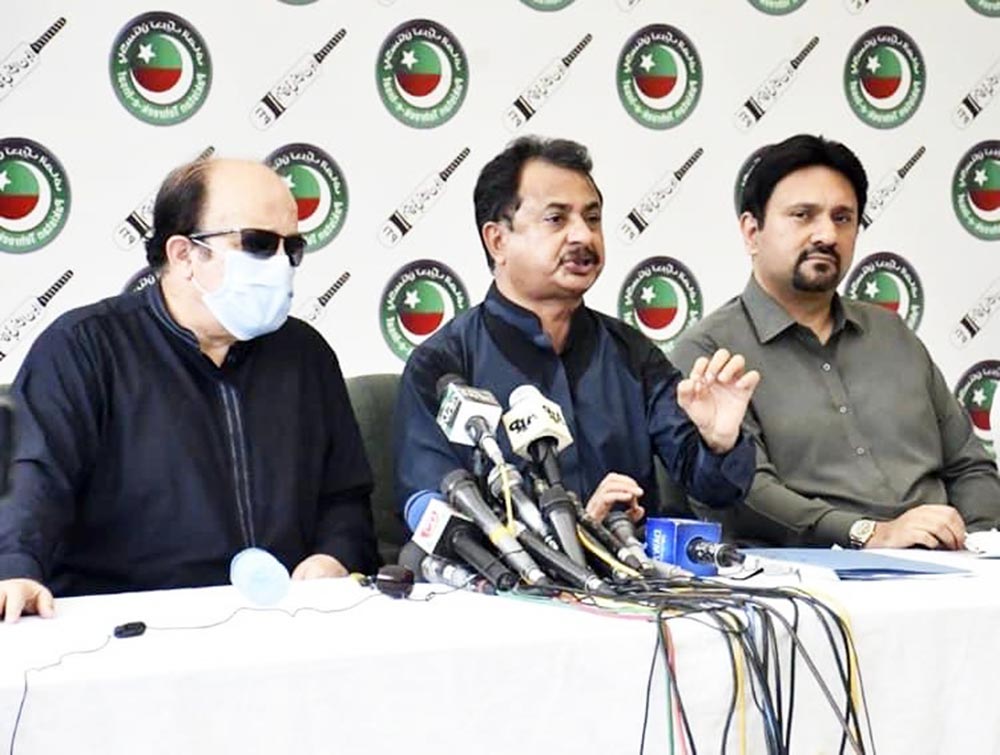 Pakistan Tehreek e Insaf while claiming that the Sindh government is involved in corruption in the province has announced to contact NAB against the provincial government.

According to the details, Opposition Leader in Sindh Assembly Firdaus Shamim Naqvi along with Haleem Adil Sheikh on Sunday said that he was going to register a complaint with the National Accountability Bureau (NAB) against the Sindh government that it damaged the province and looted money; adding that he would see how NAB would act against these corrupt people in the Sindh government.

He said that Sindh Chief Minister Murad Ali Shah does not appear before NAB even if he is summoned for recording a statement.

He also said that there were so many people between 10% and 90% who have set their percentage.

He further said that whatever project had been done by the Sindh government was done after paying 52% bribes and added that the PPP government in Sindh would never benefit the province rather it would loot it.

Haleem Adil Sheikh against whom NAB has announced to initiate an inquiry about selling the government’s land said that NAB was yet to summon him but whenever the bureau calls him he would go.

He also said that there are many people who, if summoned by NAB, go with the help of sticks and are seen jogging afterward.

He said that the case against him was politically maneuvered after PTI Sindh took out a rally against the Omni Group.

He also said that the provincial government had asked the Anti-Corruption Establishment of Sindh to prepare this case against him and send it to NAB.

Earlier, NAB had announced an inquiry against PTI leader Haleem Adil Sheikh about the selling of the government land in District Malir Karachi.

However, earlier on Sunday, the PPP ministers expressed their concerns over the NAB inquiry against Haleem Adil Sheikh.

Sindh Education Minister Saeed Ghani said in a press conference that NAB had initiated the inquiry against Haleem Adil but no action would be taken again him.

He also said that NAB had taken up that issue just to give a clean chit to Haleem Adil Sheikh.

He added that NAB had not taken any action against federal minister Khusro Bakhtiyar even after the sugar commission report had provided enough evidence against him.

Sindh Information Minister Nasir Shah appreciated NAB for initiating inquiry against the PTI leader and said that action should be taken against anyone who used government land for personal or commercial purposes.

It is important to mention here that the rift between PTI and PPP is worsening day by day as both the parties keep blaming each other for different misdeeds.

After the Uzair Baloch JIT report surfaced, former president Asif Ali Zardari and PPP Chairman Bilawal Bhutto met JUI-F chief Maulana Fazl ur Rehman to oust the PTI government as it was not delivering according to them.