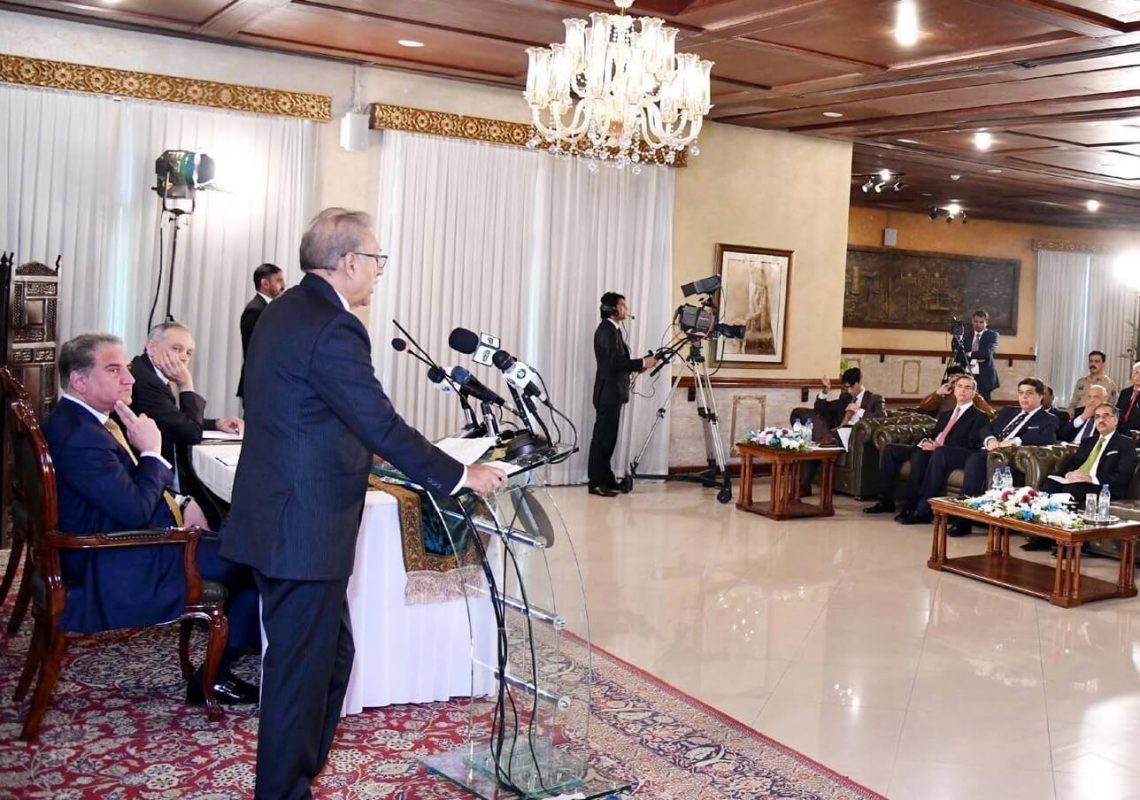 Addressing the gathering, he urged upon Pakistan’s envoys in Africa to focus on subjects of trade and tourism with their respective countries of postings and also revive the culture of courtesy for listening to the problems of own expatriates.

He said that Pakistan and the African countries should also collaborate in addressing their common challenges of poverty and illiteracy besides cooperation in trade and security. He said that people in misery looked for opportunities and crossed borders to be safe.

Despite continuing exploitation even after end of colonialism, it is important at global level to encourage trade partnerships for the mutual benefit of countries, he said. The president said that Pakistan had a brilliant history of relationship with Africa in view of its participation in the peace keeping efforts siding with the United Nations in conflict-hit areas.

Dr Arif Alvi said that Africa presented a tremendous opportunity for Pakistani goods and services for being the second largest continent with 20 percent of world’s landmass and 54 sovereign states, and 1.2 billion people with largest youth population on the globe. With a collective GDP of over $2.3 trillion and an import market of around $500 billion, most countries in Africa witnessed stable growth, he said.

He said Pakistan’s economy is gaining strength and consumers are getting prosperous. This is like emergence of a beautiful country out of the decades-long cloud cover of terrorism, he said. He said that Pakistan had learned a lesson after suffering from terrorism for 40 years to not to polarize societies from within, and mentioned that currently, a country at the eastern border is now falling to the similar trap.

ADDRESS OF FOREIGN MINISTER: Speaking on the occasion, Minister for Foreign Affairs Shah Mehmood Qureshi said that the idea of convening this conference was to deepen connections with Africa and add economic thrust to diplomatic relations. Terming Africa a continent of future, he said that the era of geo-strategic connectivity demanded of Pakistan to be part of it and address the growing traditional and non-traditional threats in domain of economy and security.

He said that as part of the UN peace-keeping operations, Pakistan made significant contribution to peace, security and development of Africa over the past several decades. He said that Pakistan enjoyed cordial relations with African countries and was an ardent supporter of their struggle against colonialism. He said that Pakistan had assisted Africa in capacity-building in education with over 700 diplomats from 52 countries undergone training at the Foreign Service Academy.

He stressed increasing frequency of business interactions infrequent, high-level contacts and close people-to-people relations. He expressed confidence that the conference would pave the way for extensive economic diplomacy beyond its traditional meaning with Pakistan’s particular focus on exports and tourism. He said that the government wanted to create an effective partnership with African countries in areas of economy and food security.

Only through constructive engagement, Pakistan can achieve the goal of economic integration for win-win solutions, he said, adding that Pakistan is committed towards a substantial policy on maintaining a meaningful relationship with Africa. Foreign Secretary Sohail Mehmood briefed about the objectives of the conference and said that Pakistan wanted to strengthen ties with African nations in diverse fields