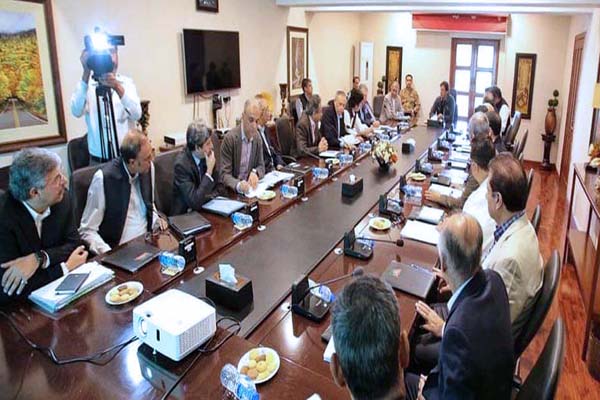 Prime Minister Imran Khan tasked his economic team to focus the uplifting of the construction and the small and medium enterprises (SME) sectors as the country’s economic indicators had started improving.

Chairing a meeting of his economic team in Islamabad, the prime minister felicitated the relevant officials and the departments over the elevation of Pakistan’s ranking in ease of doing business by the World Bank, terming it a great achievement.

The objective of the frequent interaction by the prime minister with his economic team was to help accelerate the economic activity in the country. Briefing the prime minister, State Bank Governor Baqir Raza said that around 46,940 cases had been pending with the banking courts, and their early disposal required legal reforms.

Regarding the promotion of small and medium enterprises, the prime minister was told that the Board of Governors of SMEDA comprising vibrant and expert people was being formed. The appointment of the SMEDA’s CEO would be made by December and a three-year strategy would also be formulated in this regard.

Prime Minister Imran Khan told his economic team that it was among the government’s priorities to facilitate both local and foreign investors. He said that the value of the local currency had regained stability and indicators of the stock market are showing improvement. He also directed his team to facilitate overseas Pakistanis by bringing ease in sending remittances.

On the prime minister’s directive, the Frontier Works Organization deferred the implementation of the axle load policy on M-9 Motorway for one year. The decision was taken on the request of the trader’s community. In a tweet, Firdous Ashiq Awan said that the Frontier Works Organization had postponed implementation on the axle load limits for goods transporters on M-9 on demand of traders.