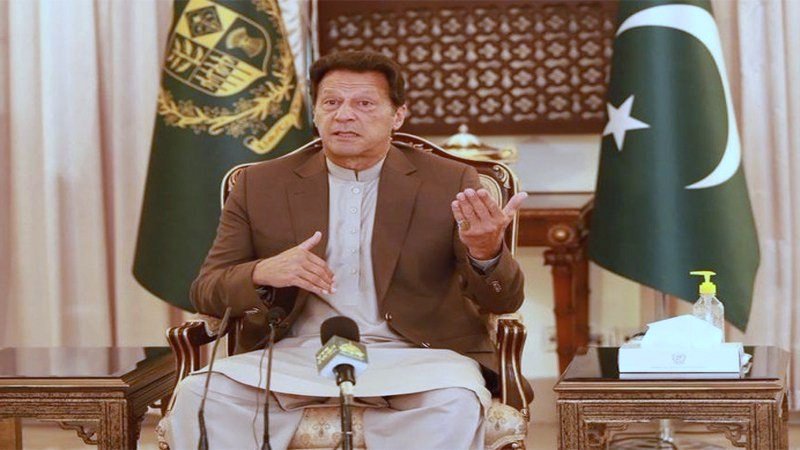 Prime Minister Imran Khan held a press briefing on Tuesday along with his core team to take the nation into confidence over government’s efforts to combat COVID-19.

The prime minister said that currently the whole world was talking about the coronavirus and every medium was playing COVID-19 news as there was nothing more important than this issue.

He further said that nobody including all the developed nations knew that when and where would all this stop.

Deep Inside The Afghan Conundrum

He also talked about the idea of smart lock-down that was further elaborated by Planning & Development Minister Asad Umar.

The prime minister said that every country in the world was thinking of relaxing the lock-down due to the socio-economic difficulties being faced by them.

He added that Pakistan was also making changes in its strategy about the lock-down and quoted the example of France where the government had already relaxed the restrictions.

He said that all the decisions at federal level were being made after taking the provinces into confidence.

He also said that Pakistan’s challenge was bigger than that of developed countries as here in Pakistan hunger was also a problem besides the disease itself.

Talking about the tiger force he wondered what type of opposition he had that was criticizing the tiger force. He added that the force had no political motive and it was made to help the government identify the poor and deserving out there. He also said that all the participants of the tiger force had joined the force voluntarily and no cash would be given to them in any case. He quoted the example of the government of England that also had gathered a force of 2.5 lac volunteers in its fight against coronavirus.

He said that the government had permitted the masses to perform prayers in the mosques because he did not want police to beat people with sticks when they would go for prayer. As a free nation, it was the responsibility of the individuals to cooperate with the government in its decisions against the coronavirus pandemic.

Further, Asad Umar briefed media about the planning of the government in its fight against coronavirus. He said the government was moving towards implementing smart lock-down in which only the targeted or affected areas would be kept under surveillance.

Sania Nishter, Special Assistant to the Prime Minister on Poverty Alleviation and Social Safety, informed the media that the prime minister had launched the Ehsaas Rashan Portal through which everybody could be able to apply for giving or taking the rashan.

Production & Industries Minister Hammad Azhar said that the government was fully aware of the number of people who had gone unemployed during this lock-down and it was soon going to introduce a big relief package for them as well.

Moeed Yousaf, Special Assistant to the Prime Minister on National Security Division and Strategic Policy Planning, threw light on the government’s strategy on bringing those Pakistanis back to the country who were stuck abroad due to the lock-down.

Prime Minister Imran at the end of the briefing appealed to the nation to serve the humanity for the sake of humanity. He insisted upon helping the poor people out there in accordance with the principles of the state of Madinah.