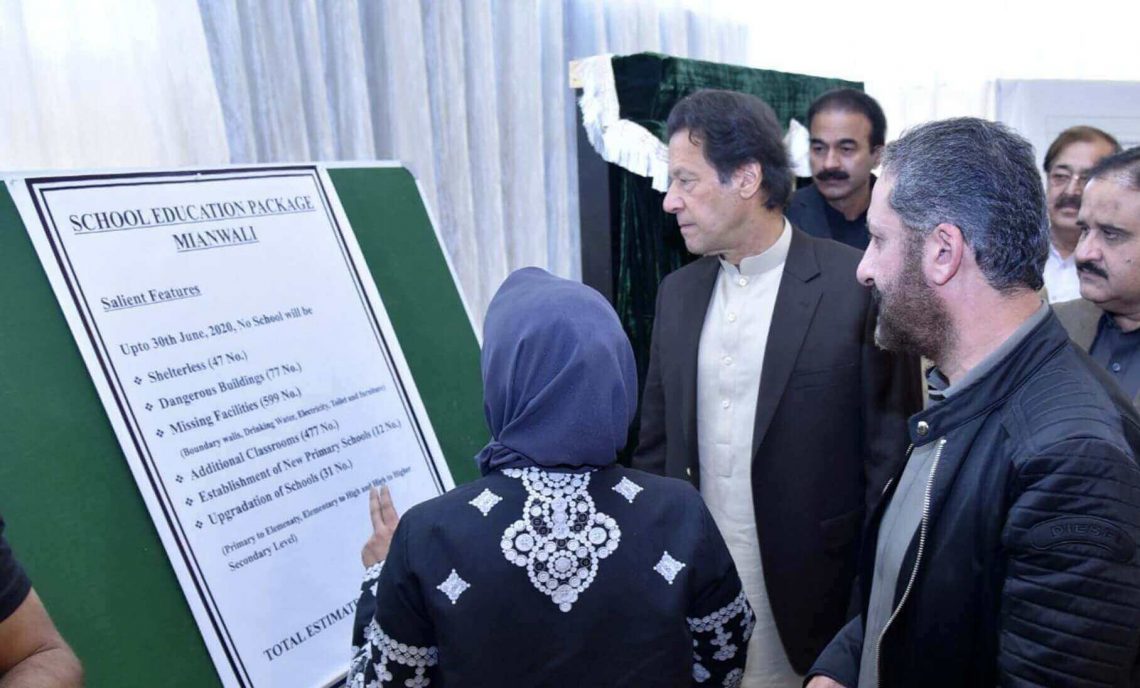 Prime Minister Imran Khan has said that Pakistani currency was devalued because of money laundering through Hundi or Hawala – a method of transferring money without any money actually moving.

Addressing a public gathering in Mianwali, he said that inflation had increased owing to devaluation of the local currency, caused by the deficit, the government had inherited. Now, business is growing, stock market is improving and investment is pouring in, he said.

With the current account deficit turned into surplus and fiscal deficit into primary surplus, economy had finally been put into right direction, he said. After tackling economic challenge, the government would now fully focus on uplifting the living standard of the common man, he said.

Imran Khan said that the local government elections would be held soon in Punjab and Khyber Pakhtunkhwa which would ensure transfer of resources up to villages where people would monitor performance of schools, hospitals, police station and other functions.

Moreover, the cities would elect their Nazims on patterns of mayors of London and New York who would form their own teams and would also be empowered to generate revenue as per their own policies, he said, adding that Pakistan could not progress unless such a local government system was enforced.

He said that construction of the mother and childcare hospital would fulfill the longstanding demand of the area who used to carry their patients to Lahore or Islamabad. He also inaugurated Water Sports and Tourism Club in Mianwali as a full-fledged tourist resort with 21 water boats and 30 rooms for accommodation.

ANEEL MUSARRAT IN MIANWALI: The prime minister said that a modern hospital would also be built by a British-Pakistani businessman Aneel Musarrat in Mianwali which would suffice the requirement of the city and surrounding areas. Moreover, he said that the NAMAL University of Mianwali would be upgraded into a center of excellence as foreign faculty is joining there.

He said that the vice chancellor of the Mianwali University had already been appointed and assured that the government would upgrade and build new schools in the area. He told the gathering that more investment is coming to Pakistan and the revenue would particularly be utilized for uplift of the neglected areas.

NEGLECTED AREAS: In his address, Chief Minister Usman Buzdar said that just like other parts of South Punjab, Mianwali too had been facing neglect but assured that the government would develop those areas at par with the developed ones and no ‘Azadi March’ could impede the journey of the national development.

Sharing plans, he said that the provincial government had allocated Rs 20 billion for the construction of five mother and childcare hospitals in different cities besides another Rs 5.57 billion for up-gradation of tehsil headquarters and basic health units. He said Rs 300 million had been specified for the Mianwali University and the cadet college would be functional soon.

KISAN PLATFORMS: Another Rs 3.10 billion had been allocated for the construction and uplift of 1234 schools in the area, Rs 11 billion for 42 roads, Rs 700 million for water supply, Rs 12 billion for a canal, and six billion rupees for PM Kamyab Jawan Program besides another nine billion rupees for loans to youth by the Punjab government.

He said that modern Bazaar would be developed at tehsil level where Kisan Platforms would be set up to allow the growers sell out their produce directly to the consumer at a far lower rate than the market. The chief minister said that 10 new special economic zones were being established in the province and requested the prime minister to order early completion of Mianwali-Chakwal and Mianwali-Muzaffargarh roads on priority.