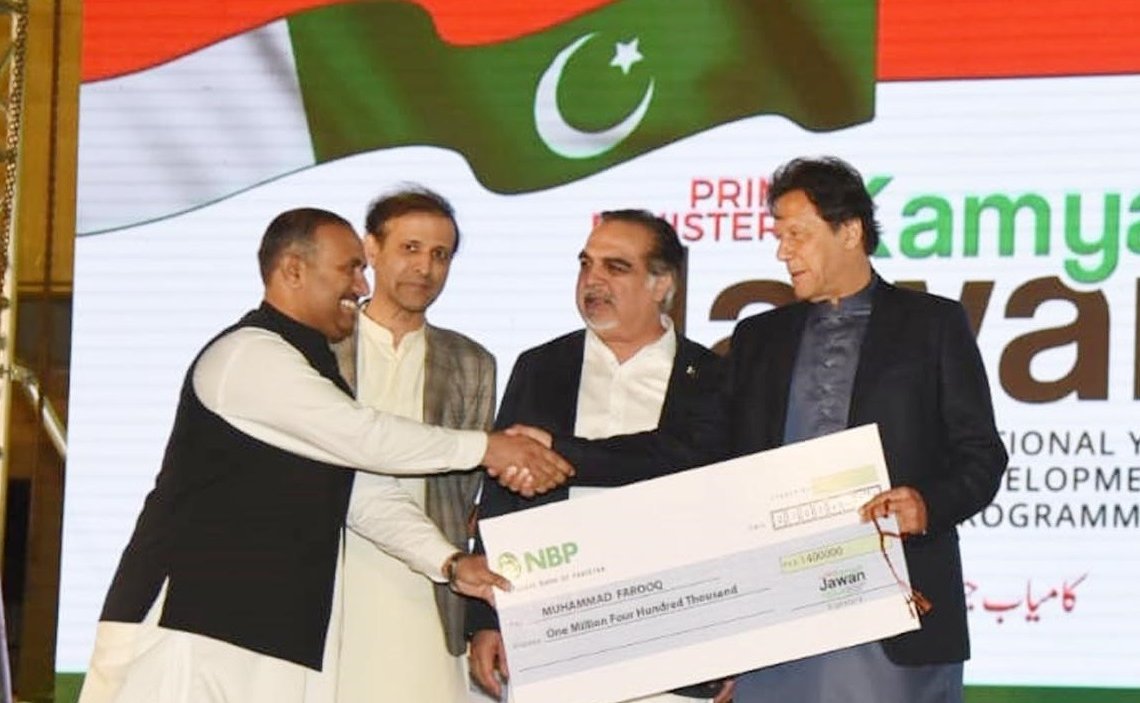 Addressing loan cheques distribution ceremony at the Governor’s House in Karachi, he said that Pakistan is the second youngest nation in the world. “We are investing in our youth as we believe that they have a passion to work hard and will take the country forward,” he said.

Imran Khan said that the way Pakistani nationals had excelled in different professions abroad, manifested abundance of talent in the country, which needed to be promoted on the basis of merit. “We can improve all our departments up to global standard by only following merit,” he said.

He cited the example of Australia promoting sports talent through pursuing merit which made it proud with its players bringing laurels. In the era of 1960s, he recalled that Pakistan’s bureaucracy was at the top in Asia due to the best examination and evaluation system, which had produced the best officials.

He said that China had invested around 30 years ago in poverty alleviation and it is now a developed country with making rapid economic growth. He said that his government had allocated Rs 200 billion under the Ehsaas Programme for the betterment of poor and deserving sections in the society.

He said that he had dreams about playing Test cricket for Pakistan, become a world number one all-rounder, make Pakistan cricket champion and build cancer hospitals in the country. He had turned all dreams into reality with sheer hard work and consistent struggle, he said, adding that the people made fun of him when he had joined politics.

Now, he said that he had a dream to make Pakistan a welfare state as per the visions of Dr Allama Muhammad Iqbal and Quaid-e-Azam Muhammad Ali Jinnah. He advised the youth to follow the teachings and life of Prophet Muhammad (peace be upon him) to achieve success in their lives.

The prime minister advised the youth to face a tough time with courage and not to give up because every successful man learnt from the hard times. He said that he always told his cabinet members not to panic in the tough times and instead get a lesson to go ahead. He said that action would be taken against the mafia which is behind the inflation and made money in the process.

Speaking on the occasion, Adviser to Prime Minister on Finance and Revenue Abdul Hafeez Sheikh said that the countries, which paid attention to their people, had developed. “We have to make tough decisions to save the economy.” He said that the Kamyab Naujawan Programme is not for relatives of anybody. “We will try to make all banks part of the initiative.”

Governor Imran Ismail said that Prime Minister Imran Khan is investing in the young people, who should consider the loan as ‘Amanat’ is the money of taxpayers, which they would return. Earlier, the prime minister distributed loan cheques among around 200 successful applicants under the PM’s Youth Programme. Federal Minister Asad Umar and Usman Dar were also present.