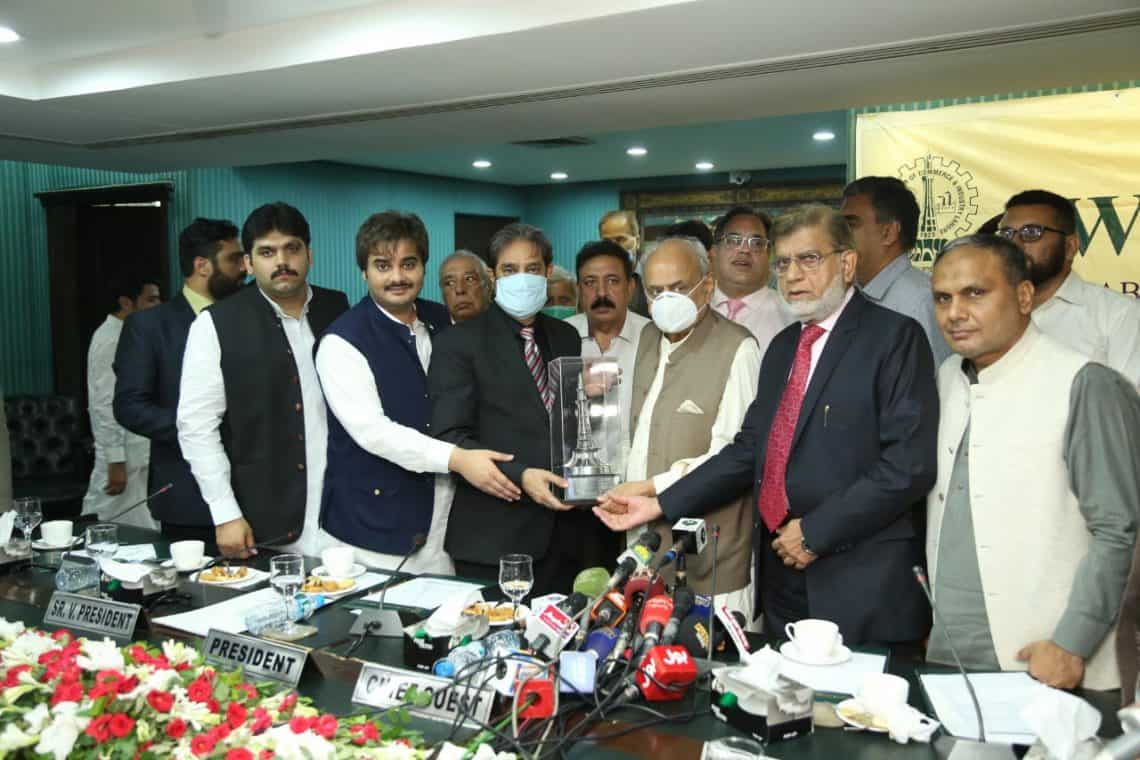 LAHORE, SEPTEMBER 18 – Federal Minister for Interior Brig. (R) Ijaz Ahmad Shah on Friday said that the Prime Minister Imran Khan is focusing on the economic situation and giving 60 percent of his time to economic revival. He said no other government was more into resolving the issues faced by the business community than the present government.

Minister for Interior inaugurated the Passport Office at the Lahore Chamber of Commerce and Industry (LCCI) and said the Services being provided in LCCI under ‘One Window Smart Services’ are a role model for other chambers of Pakistan.

He said FIA cyber wing needs to be staffed, adding a few years back nobody was aware of cyber-crimes “this is a new phenomenon and FIA is doing its very best to control online crimes, frauds being committed through cyberspace’’.

Ijaz Ahmad Shah said that there is no harm in giving an account of the wealth you have and where you earned it, the new laws regarding money laundering being passed by the government are not meant to hurt common people but those who are earning illegal money and are involved in laundering. He said the Ministry of Interior is working hard to protect the interests of the business community.

President of the Lahore Chamber of Commerce & Industry Irfan Iqbal Shiekh said that the LCCI had started working on an idea of ‘One Window Smart Services’ for the facilitation of its members and also contributing positively to further improve the ranking of Pakistan in Ease of Doing Business. He said LCCI ‘One Window Smart Services’ includes various help desks belonging to FBR, PRA, NTC, SMEDA, PESSI, FTO, IPO, Excise, Police, State Bank, and Tourism, etc.

He said the addition of Passport Help Desk has literally completed the range of services our members can wish to have on the premises of the Lahore Chamber under one roof.

Irfan Iqbal Sheikh said Lahore Chamber, by way of this initiative, has set a unique example in Pakistan which every major chamber will certainly like to follow. It is said that time is money. With this objective in mind, we established these help desks in Lahore Chamber so that our members can save their precious time while dealing with different public departments and be able to concentrate more on their businesses.

President LCCI said the sort of ease especially in obtaining new passports and renewing old passports will send very positive vibes to the business community, making them believe that the government is fully supporting the private sector and is committed to improving the business environment in the country.