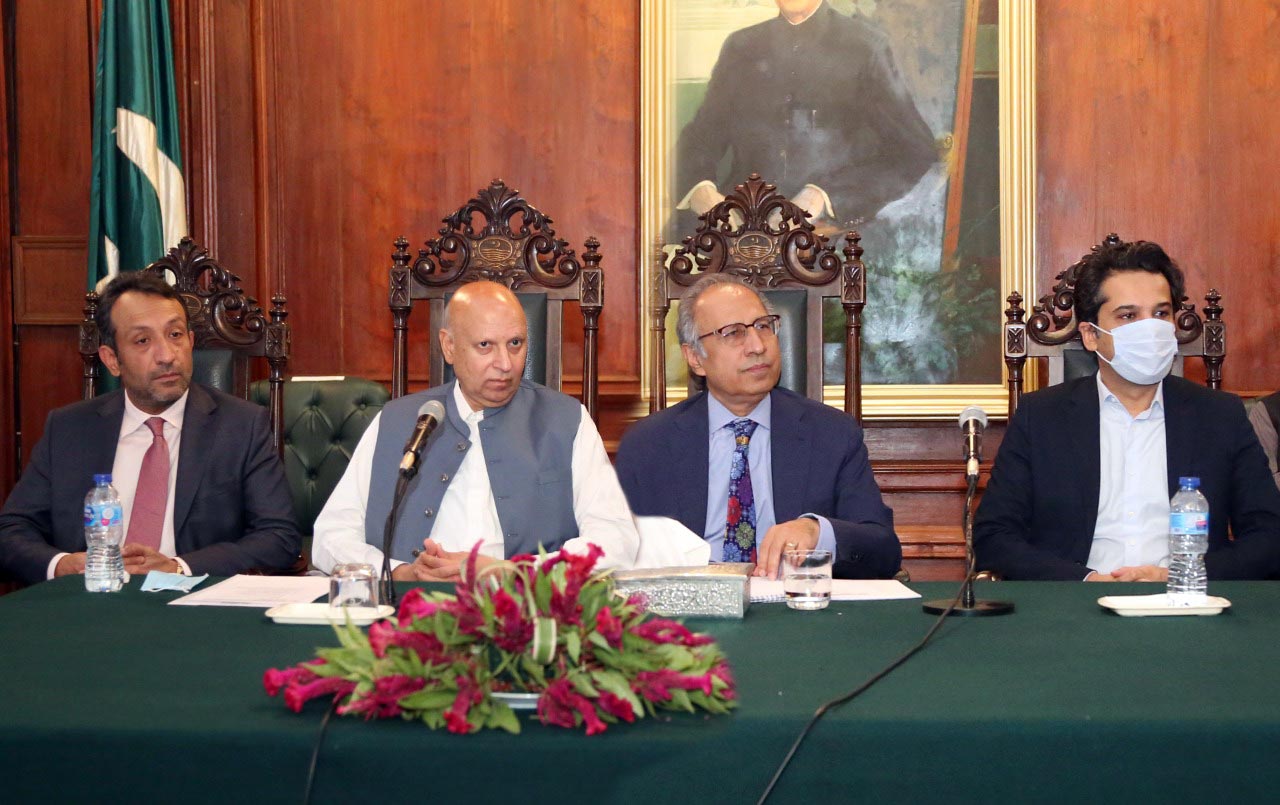 Lahore: Advisor to PM on Finance and Revenue Dr. Abdul Hafeez Shaikh said the government is taking steps to put the economy on the path of sustainable growth and creating employment opportunities for the youth. He predicted that the graph of unemployment will be reduced sharply in the coming days.

When it came to power the government had to face stiff challenges of high current account deficit and artificially high exchange rate. These factors were causing de-industrialization, hampering exports, and promoting an import-based economy.

Hafeez Shiekh said the government is focusing on enhancing exports and it is in this context, duties on numerous raw materials have been reduced and energy has been provided at subsidized rates to export sectors.

He said the Government is committed to solving the problem of Refunds on a permanent basis and a lot of improvements have been made in this regard. Through the new Refund system (Faster Plus), the private sector would be able to track the progress of their Refunds. If there is a slight delay, the Online system would apprise the particular business entity about the reason for the delay.

Hafeez Sheikh said the government is also working on reducing expenditures. After many years, the primary deficit has turned into a surplus.

He said the COVID-19 has adversely impacted the tax collection of the Federal Government. Despite financial difficulties, the Government facilitated the businesses in the COVID scenario by introducing different schemes for deferring principal payments, loans for salaries, relaxation in energy bills for small businesses, and tax breaks for the construction sector, adding that Ehsaas Program has been started to give low-cost loans to young entrepreneurs.

He said the government has allowed the import of wheat in order to avoid any scenario of food shortage. A comprehensive package is given to utility stores for essential food items.

Hafeez Sheikh said SME Policy is being formulated by the Ministry of Industries. Income Tax Refunds up to Rs 50 million are being paid, adding the government is ready to bring the other potential sectors like Halal Food, Pharmaceutical, etc in the same facilitation regime as the five other zero-rated export-oriented sectors.

Speaking on the occasion the Governor Punjab Chaudhry Muhammad Sarwar said Government gives extra importance to the private sector and is striving hard to keep a close liaison with the private sector as they are the main source of wealth creation and employment generation.

He said the present government has worked hard to reduce the current account deficit from 20 billion dollars to 3 billion dollars. The construction industry has started to pick up due to the recent incentive package by the Prime Minister. The government is committed to reducing the energy cost for the private sector by focusing on solar energy.

The LCCI President Mian Tariq Misbah said the energy cost for all the export sectors needs to be reduced. The availability of Gas for Industry should be ensured 24/7. Small Traders have suffered a lot after the COVID outbreak. The Government should give interest-free loans to small traders. The Government should also have a dialogue with small traders to know more about their problems.

Mian Tariq Misbah said the interest rates should be reduced further in line with the regional economies in which the interest rates are much lower, adding the FBR has recently issued SRO 889 regarding the installation of surveillance cameras at factory premises to monitor the production of goods in various sectors. It will not serve the purpose of enhancing Tax Revenues and will create an environment of undue harassment. Hence the implementation of this SRO be deferred and a better mechanism is put in place in consultation with the stakeholders.

He said the incentives which are currently provided to the five zero-rated sectors should also be provided to all the export-oriented sectors of the economy esp rice, Halal Meat, and Pharmaceutical.

The FBR has started imposing heavy fines on retailers/Chain stores for non-implementation of the POS system. The Government must take the private sector in confidence before taking such punitive measures and address their apprehensions, adding FBR has granted 17% Sales Tax exemption and 2% Withholding Tax exemption to foam manufacturers based in Federal/Provincial Administered Tribal Areas (FATA/PATA) on imports of certain raw materials. These materials are imported and sold in other parts of the country at cheaper rates. It is seriously hurting the regular foam manufacturers in other parts of the country. This matter requires immediate attention.

He said the government must strengthen the Price Control Mechanism and take all possible measures on priority to strictly control the price hike, especially of essential food items. He said due to continuous price fluctuation of paper & paperboard, the private sector is facing many issues.

LCCI Senior Vice President Nasir Hameed Khan said that the Government must prove the reasons for the wheat shortage. The problems of traders must be solved on a priority basis. The Government is putting an additional burden on existing taxpayers to meet its revenue target rather than adding new taxpayers. He said the Ghee industry is being closed down. This matter needs serious Government attention.

LCCI Vice President Tahir Manzoor said the trust deficit between the Government and Private Sector needs to be bridged. The Government should focus on enhancing the exports of the Engineering Sector. He said Wire-Rods are not manufactured locally but are still facing a high rate of import duties. The FBR officials should visit LCCI to know about the Taxation issues faced by members.

The LCCI former presidents said the Banks are not facilitating the businesses who have defaulted prior to January 1st, 2020. The Banks should defer the loan payments of Businesses.

They said Lithium-ion batteries are very important in the context of the new Electric Vehicle Policy. There should be a proper policy on batteries as it is a very large market.

The trust deficit between Government and Private Sector needs to be finished. There is a tremendous potential of enhancing exports to Russia and Central Asia but the Banking Channels are quite weak, adding The rate of 17% tax on the inputs of various export-oriented industries is extremely high. The pending Refunds of the industry must be released on an urgent basis.

They said the Local LPG production meets 60-70% demand but still the taxes on local LPG (Sales tax and Petroleum Development Levy) are higher as compared to imported LPG. This anomaly needs to be rectified.

They said New gas connections are being provided on the high rates of imported RLNG while the old consumers are charged the old rate. On the model of electricity tariff, there should be weighted average rates for gas consumers. Enhancing Exports is imperative to get the economy out of the current economic crisis.