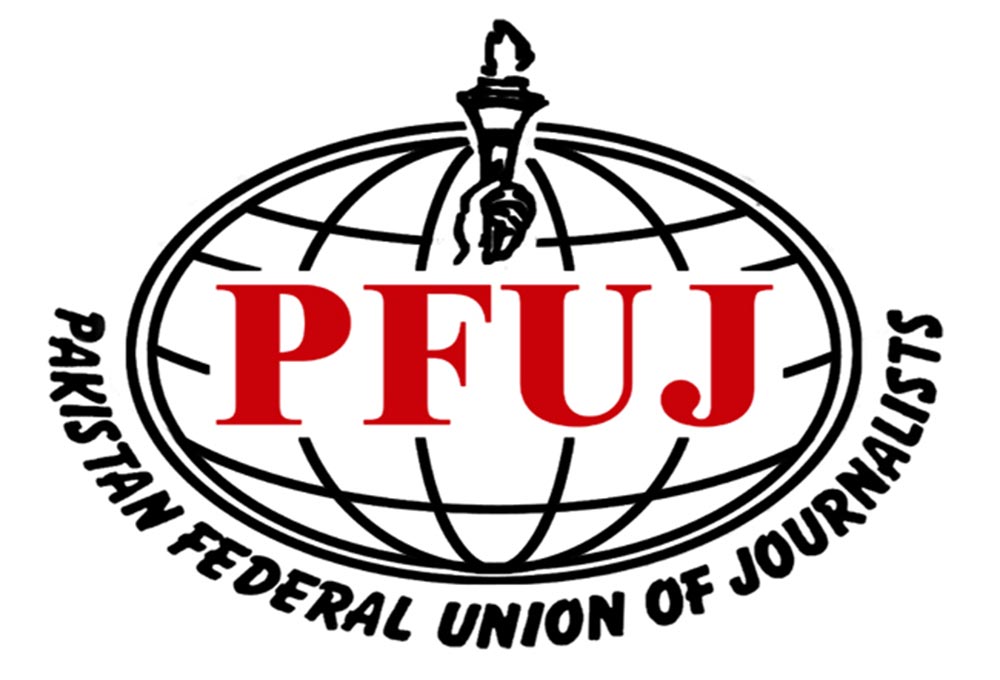 Lahore: Pakistan Federal Union of Journalists (PFUJ) has announced a long march in the first week of April from the provincial capital of Balochistan to Islamabad to force the government and the media owners to fulfill their legal obligations towards the media workers who are facing financial hardships since last two years.

“The anti-worker alliance between the government and the media industry owners has forced us to launch a struggle to achieve our rights,” a statement issued by the PFUJ at the end of a three-day meeting of its Federal Executive Council (FEC) held at Press Club Lahore with PFUJ president Shahzada Zulfikar in the chair.

“Under this unholy alliance the owners of the media industry have surrendered their independence to the government to get a free hand to violate the labor laws and sack thousands of workers during the last two years, impose forcible pay cuts in their salaries, and default on the payment of workers’ salaries for months,” the statement said. “We are left with no other option but to simultaneously fight the government and media, industry tycoons.”

The PFUJ also demanded of the government to set up a Service Structure for the electronic media employees on the pattern of Wage Award and called upon all the political parties to support this demand of the journalists by moving a bill in the National Assembly for this purpose.

“It is the moral and legal responsibility of the government to provide an umbrella of protection to the media workers who are working under harsh conditions in the bonded labor camps called television channels.”
Under the decision, the PFUJ will start its long march from Quetta in the first week of April. From Quetta, the processionists will arrive in Karachi from where onwards the march will start its journey towards the north of the country while touching every big city on its way before finally reaching Islamabad.

“We call upon all the civil society organizations, lawyers associations, trade unions and all political forces in the country to support us in our fight to save the journalists and their families from starvation and to protect the freedom of expression in the country,” the statement said.

After reaching the federal capital, the long march participants will stage a sit-in in front of the Parliament building till their demands are accepted. “This is a do or dies situation and we will not return unless our demands are fully met.”

The FEC of Pakistan Federal Union of Journalists, attended by members of all the journalists’ associations from across the country as well as presidents and secretaries of National Press Club, Islamabad and Lahore Press Club, authorized a committee to finalize the charter of demand which would be sent to the government as well as the media industry owners within a week.

The FEC also decided that protest demonstrations will be held in the near future outside the offices of Pakistan Broadcasters Association (PBA) as well as All Pakistan Newspapers Owners Association (APNS) against the delay in the salaries in the majority of news channels and failure by the newspaper owners to implement the 8th Wage Board Award which they were legally bound to enforce in July 2019.

The PFUJ said that the government’s connivance with the owners has been exposed after the newspaper owners failed to implement the 8th Wage Award which they had voluntarily signed. “The government has notified the Wage Award which was issued under the law and if the owners refuse to implement that law why no action has been taken by the government even after the passage of seven months,” the PFUJ said demanding the federal and the provincial governments to immediately link their advertisement policies with the implementation of wage award to all employees working in the newspapers.

“Every newspaper employee, whether permanent or on contract, is eligible for this award and we will not accept if the contract employees were kept out of the Award,” the statement said.

The PFUJ also totally rejected the illegal practice of hiring media workers on contract by the media organizations. “This practice is against the labor laws and we cannot allow the media tycoons to continue exploiting the workers financially,” the statement said adding the Government needs to enforce the labour laws in letter and spirit.
It also criticized the Provincial Labour Departments for failing to fulfill their responsibilities towards the workers, thus indirectly helping the media owners in violating the relevant labour laws.

The FEC meeting of the PFUJ also demanded of the government to stop controlling the media through PEMRA and other social media laws that are aimed at curbing the freedom of expression in the country. “The advice and instructions are continuously coming to media houses from state institutions as well as PEMRA. “The government must stop this practice and allow the media to play an independent role in this country,” the statement said. “The freedom of expression and financial viability of media houses are interlinked, hence any restriction on the media pushes it closer to financial disaster.”

The PFUJ also severely opposed the government for making changes in the rules for the appointment of Chairman of Press Council of Pakistan (PCP) in order to bring its own favorites.

Previously only a retired high court or Supreme Court judge or a person with equivalent qualification could become a member of the Press Council of Pakistan. The new changes allow anyone with 15 years of experience to head this body now. “These changes are aimed at controlling an independent organization and we have already seen that the government has nominated people from dubious journalist organizations as representatives of journalists as members.

The PFUJ also demanded the appointment of only a retired high court judge as Chairman of the Implementation Tribunal for Newspaper Employees (ITNE). “Only a retired high court judge can adjudicate such complicated cases of newspaper employees. It also demanded that provincial offices of ITNE should be set up in all four provincial capitals to lessen the financial burden on the employees who have to come from all over the country to Islamabad to hear the cases.