Home » Pakistan » Petrol proposed again to go down; this time by Rs 7 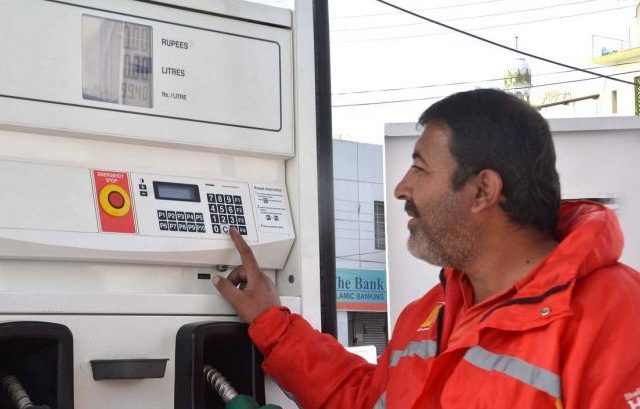 As international crude oil prices have crashed globally, the Oil & Gas Regulatory Authority (Ogra) has again proposed the government to slash petrol and diesel prices further to benefit the consumers out there.

The summary that has been sent to the Ministry of Finance for revision proposes a cut of Rs 7 per litre in the price of petrol and an increase of 5 paisas in the price of diesel.

After the proposed reduction in the petroleum prices, the price of petrol, HDL and LDL per litre will go down to Rs 74.52, Rs 80.10 and Rs38.14 respectively that can be a big relief for the consumers for the month of June.

Earlier on April 30, the federal government had announced a big cut in the petroleum products’ prices for the month of May however this cut was not as per the proposal of the Ogra. The proposed cut was Rs 20 in the price of petrol but the government approved Rs 15 only. Now, at the end of May, Ogra has again proposed new rates for the month of June keeping in view the globally crashed oil market. New rates will be implemented from June 1, 2020 after the approval of the government.

Since March 1, 2020, this is the third time when the petroleum prices are proposed to go down resulting in a reasonable drop overall.

It is important to mention that the drop in petroleum prices directly affects the prices of other goods that are basic human necessities.

The prices of fruit and vegetable are also affected as these edibles are transported through vehicles from one place to another.

The prices of chicken, fish and other types of meat are also affected as their supply is also linked with the transport facilities.

Almost all the basic necessities are supplied across the globe with the help of petroleum products and with big cuts in their prices almost everything gets cheaper and accessible for the consumers.

So, the cut in petroleum prices directly facilitates the poor and middle class people who benefit from the slashed prices and save some money.

Last month when the government slashed the prices, the fares of the public transport went down by 20% and that was a big relief for the commuters especially before Eid.

The prices of other local commodities and edibles also went down making it quite helpful for the poor and middle class people.

With the recent proposed cut, the prices of petroleum products will be as low as they were a few years back. Hopefully, this would bring relief for the masses out there.