Permission from first wife not necessary for second marriage: Council of Islamic Ideology 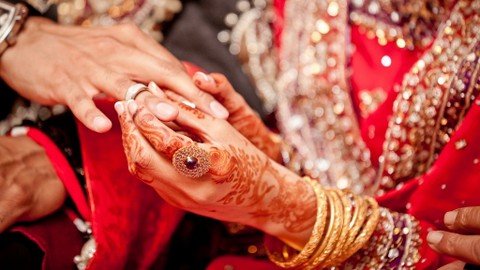 Council of Islamic Ideology has said that there is no need to get permission from the first wife for the second marriage.

According to the media reports, the council has said that it stands by its decision made in 2013 under the chairmanship of Muhammad Khan Sherani that first wife’s permission for the second marriage is unnecessary.

The council has further said that there is no need to get permission from the Arbitration Council or even a civil judge for the second marriage and it is absolutely legitimate to have four wives at a time.

Council of Islamic Ideology Chairman Qibla Ayaz while talking to media said that a husband can go for the second marriage without the consent of the first wife.

He also said that it is very much clear according to the teachings of Islam that if the husband is in a position to fulfil the rights of more than one wife, there is no issue in having more than one wife then.

In the programme of a Lahore-based news channel City 42, a man, responding to the question of a reporter, said: “According to the Islamic laws, the second marriage is allowed but when there is a question of maintaining justice between wives, it becomes difficult to have more than one wife.”

In the same programme, a lady said that this right should remain with the wives as this decision would make the husband-wife relationship one-sided.

A newly wedded husband while talking to the reporter said that he was thinking of going for the second marriage and this decision had made him pleasantly happy.

Social media can also be seen flooding with mixed reviews about this issue; some are in favour of the decision while some are opposing it.

Surprisingly, women are also being seen favouring this decision as per the teachings of Islam.

A lady wrote on Facebook that this authority is given to the husbands by the religion and women cannot deny it.