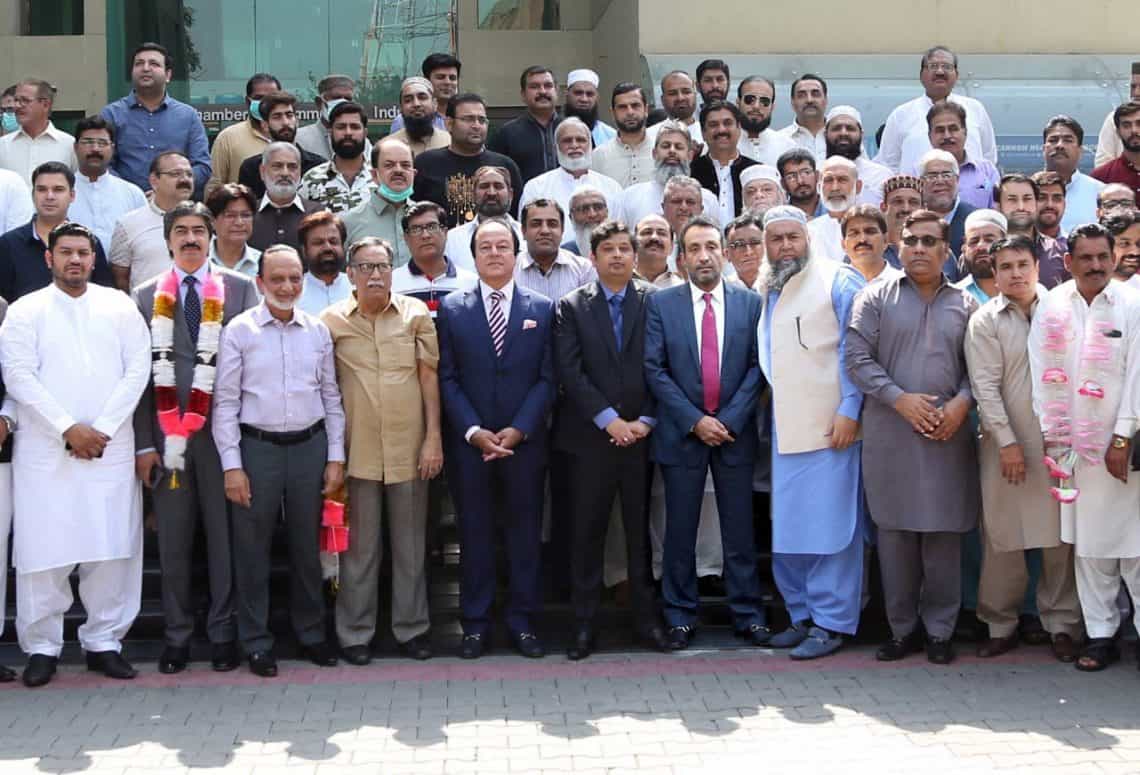 LAHORE – The Parking and encroachments are the grave issues of the markets of Lahore and should be immediately tackled.

The long-standing demand by the traders of the government is to provide parking spaces, plazas and also to formulate a policy which bounds the developers to take into consideration the foot count in newly developed areas for the next 10 to 20 years.

These were the views expressed by the President of the Lahore Chamber of Commerce Mian Tariq Misbah, Senior Vice President Nasir Hameed Khan, and Vice President Tahor Manzoor Chaudhry during a meeting with the delegation of Anjuman-e-Tajiraan Lahore led by President Mujahid Maqsood Butt, Secretary General Abdul Razaq Babbar, and Malik Khalid Pervez.

The Anjuman-e-Tajiraan delegates congratulated the newly elected LCCI body for their historic victory in elections and have also voiced their concerns especially about parking in Lahore.

The LCCI office-bearers said that as of 2018 the Vehicles per 1,000 people of Pakistan are 17 with a global rank of 146. The lack of public transportation and the transport connectivity between the metro stations and local markets and communities have encouraged the people to buy personal vehicles which have resulted in squeezed parking spaces, the LCCI office-bearers said, adding a comprehensive traffic plan should be devised and more parking spaces and plazas should be constructed in order to release the burden of from already jam-packed roads and markets.

They were of the view that the accessibility of customers to the shops have become extremely difficult as they have to spend much time in finding safe and proper parking space.

They said we have had many sessions with government officials to dedicate parking spaces and announce the construction of parking plazas but in vain.

The Anjuman-e-Tajiraan while talking about their problems said that the fire safety equipment and machinery have not been installed in markets and during any untoward fire incident the losses of lives and property are high in percentage. They said that the walled city is thousands of years old settlement which is not designed for modern-day vehicles and means of transportation of rescue, adding dedicated and especially formed fire equipment and the system should be installed in small walled city streets in order to prevent future incidents.

They also showed their concerns regarding the encroachments issues in markets and have demanded the government to deal with encroachers swiftly.

The LCCI office-bearers have assured their full support to the traders and said that LCCI will always work for the betterment of the businesses.