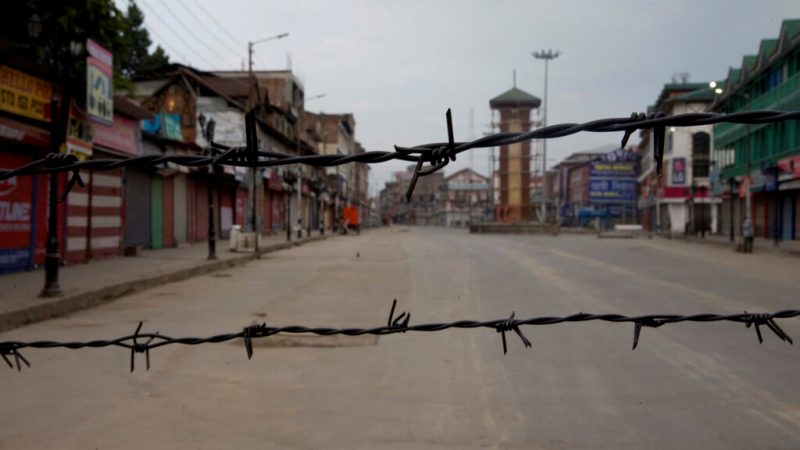 In light of recent events, Kashmir Day is more relevant, significant and forceful than ever before.

Pakistan is observing Kashmir Day since 1990 to express solidarity with Kashmiri people on February 5 each year with special events from the Parliament House to the presidency, the Prime Minister’s House to the foreign missions and provincial governments to common people.

The song ‘Ay Khuda‘ is sung and composed by Qalb-e-Ali Mehdi, Adeel Latif, Sheraz Ahmed Toor, and Aleena Ghafoor while the lyrics of the song written by Javed Ahmad. The music and mixing are done by Muhammad Aizad Fayyaz. Written by Irfan Saleem, the other song ‘Jannat Na Jalao‘ is sung by Mulazim Hussain.

The special assistant said that the two national songs, produced by the Radio Pakistan in connection with the Kashmir Day, would help infuse new life to Kashmiris’ struggle for freedom. She said that Radio Pakistan is playing the lead role in connecting Pakistan’s narrative with the world, by means of the latest technology.

She said that radio is playing a role in defending Pakistan at its ideological and geographical fronts and would be made stronger and more efficient. She said that the Radio Pakistan has always had the distinction of playing a vibrant and active role in the peace and war times on the broadcasting front.

Asad Qureshi said that the music is the only means to connect Kashmiri people and their sentiments with the world. He thanked the entire production team for composing a wonderful piece of music that is portraying the true imagery of the emotions of Kashmiri women, fighting against oppression with courage.