International fair in Frankfurt City is join by 3,041 exhibitors from 65 countries 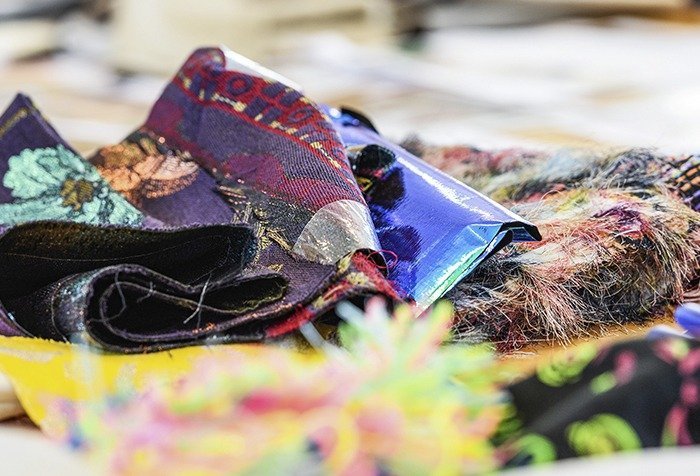 Pakistan with the presence of 231 exhibitors has become the fourth largest country after Germany, China and India to participate in the Heimtextil 2020 trade fair in Frankfurt City.

The 50th edition of the Heimtextil, the international trade fair for home and contract textiles, once again sparkled with the world’s largest product range for textile interiors and its unique presentation of the hottest trends. This year, 3,041 exhibitors from 65 countries exhibited with an increase in a number of visitors each day.

From Pakistan, 231 exhibitors are participating directly as well as through the Trade Development Authority of Pakistan (TDAP). All Pakistan Textile Mills Association (APTMA) Executive Committee member Shaiq Jawed said that the fair is going well as there are many more visitors this time, expressing the hope that they would get more orders from this edition.

Pakistan Textile Exporters Association (PTEA) Executive Committee member Waqas Ali from the Best Exports said that the Heimtextil fair provided an opportunity to Pakistani businessmen to deal with new customers, engage with existing ones and share business details with them.

“Heimtextil grows every year, which allows us to meet our existing and potential customers as it’s the best place to make business contacts,” said Farhatullah Sheikh, also an executive committee member of the Pakistan Textile Exporters Association. Kashif Shahzad, another businessman, expressed pleasure and said that the show would provide them an opportunity to target buyers from the world.

Towel Manufacturers Association Executive Committee member Moin A Razzak said that it is the key fair that definitely would help improve textile exports from Pakistan. “It’s a big platform for those who have huge business as a number of buyers from all around the world can be seen under one roof,” said Haroon Shamsi from the Shaheen Industries.

Organizers said that as many as 2952 companies from 65 countries will present their innovations at the world’s largest trade fair for home and contract textiles. “There is hardly any other trade fair in the world that can look back on such an eventful and successful history,” said Detlef Braun, CEO of the Messe Frankfurt.

“Ever since the first event in January 1971 with 679 exhibitors, we have invested massively over the decades in the quality of the fair as well as in the range of information and inspiration we offer the industry,” he said. The textile furnishing sector faces major challenges of the digital revolution, a keyword ‘Industry 4.0’, which is currently leading to fundamental changes in the manufacture and processing of home textiles.

Not all companies can keep up, meaning that the past year has been dominated by business closures and insolvencies. Digitization opens up many opportunities on the production side. On the retail side, however, it leads to a significant shift in purchasing flows, making specialist bricks-and-mortar shops dependent on new concepts in the medium term. Here, too, there has been strong consolidation and a decline in the number of specialist shops.

SALES IN THE RETAIL SECTOR

Messe Frankfurt said that the latest industry report by the IFH Cologne shows that spending on home and household textiles continues to slide. Although the years 2015 to 2017 were still top-notch, sales have fallen by almost one billion euro within two years and are now back to the levels seen in the tough financial years of 2008/09.

The company said that the reasons for this sales trend can primarily be ascribed to the sluggish economy. As a result, the German industry is pinning its hopes on foreign markets and the high proportion of Heimtextil trade visitors from abroad (75%). With its range of measures, Heimtextil is promoting the industry’s commitment to sustainability and giving green pioneers a platform.

Selected students of the Karachi-based Indus Valley School are also participating and presenting their work at the Heimtextil in Frankfurt. In 2011, the Indus Valley students had won the design contest and were sponsored for the trade fair by fair management. This year, three more students won the new and next student competition 2019, hence achieving an opportunity to present their work in this international fair.

As per the procedure, with the new and next university contest, schools that specialize in textile design were invited to submit design drafts by their students. The students – Hibba Saqib, Insia Aamir, and Safa Amin – received a free and fully-decorated booth in the textile design area. The selected students had worked on projects, highlighting suitability and how to use recycled products in the textile industry.

These students worked on various projects using natural spices, recycled flowers, recycled plastic to create various products which can also be commercially produced. They are given the opportunity to present and explain their work to the experts. Along with these three students, a delegation of 10 students and two faculty members also visiting the fair.