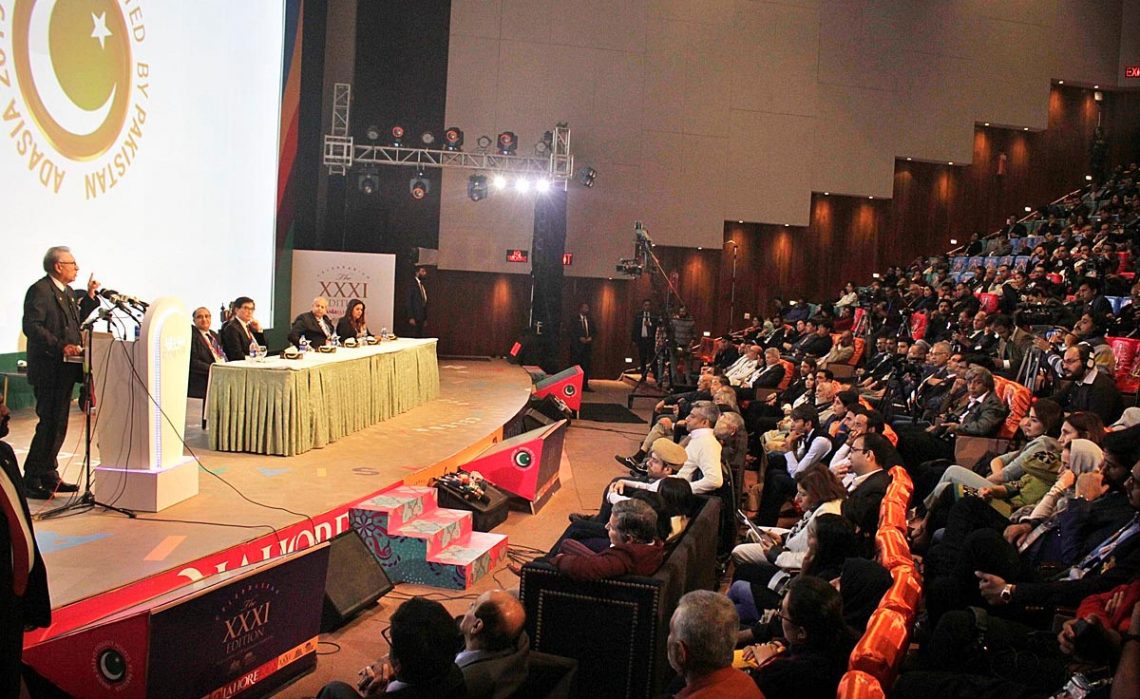 President Dr Arif Alvi has said that marketing including advertisement strategies play a crucial role in developing perceptions as these contain ideas, skills and creativity.

Addressing concluding session of the AdAsia Lahore 2019 at Alhamra, he said that marketing strategies should be modified to achieve the realistic approach of selling products. “Reality is not that you show but the reality is what it was and what it is,” he said.

He said that world was moving towards truth; therefore efforts should be made to formulate advertisement strategies for presenting the truth about products being sold in the market. He said that the meaning of words had been changed through advertisements.

He said that people believe in advertisements and products are sold through them these days. Therefore, advertisements would be meaningful and truthful, he said, adding that the media had been changed and a greater volume of fake news were being reported in today’s world.

He said that a significant change could be seen in the media as nowadays newspapers had become opinion-makers, whereas the electronic media disseminated news within not more than two hours while the social media was being used as a platform to share the latest news within no time without any editorial control.

He said that there were huge investment opportunities in the country as Pakistan’s market was developing, changing and expanding. He said that the honest leadership in the country was committed to bringing about development and prosperity. He hoped that the foreign delegates, after returning to their countries, would paint a true image of Pakistan.

Earlier, the president appreciated the role of the AdAsia Lahore 2019 in organizing such a programme for promoting various trends of advertisement and said that such initiatives would help explore new opportunities in the advertisement industry.