Japan has extended assistance to Pakistan Customs and Federal Board of Revenue (FBR) for the establishment of three new state-of-the-art Non-Intrusive Inspection (NII) containers scanning terminals at East and West Warf in Karachi Port and the Port Bin Qasim.

FBR Chairman Muhammad Shabbar Zaidi and Japan’s Ambassador Kuninori Matsuda inaugurated the newly-established NII Containers Scanning Terminal at the East Warf of the Karachi Port. On the occasion, the Japanese envoy said that the Karachi Port and the Bin Qasim Port are considered the busiest ports of Pakistan and are greatly contributing to the trade and economic activities of the country.

Kuninori Matsuda said that these ports are not only important for Pakistan’s economic prosperity but also have greater significance as international trade ports due to its geographic location. He said that the scanners installed would not only help in detecting illegal trade and smuggling to combat terrorism but would also improve the performance of the ports to boost international trade.

He emphasized the hope that the grant aid from Japan would support the work of Pakistan Customs and would further strengthen the existing bond of friendship between the two countries. In his remarks, JICA chief representative Shigeki Furuta said that the project would provide adequate technical support to the Pakistan Customs to ensure compliance of the Security and Facilitation in a Global Environment (SAFE) Framework Standard set by the World Customs Organization.

He said that the project would improve the ability of the Pakistan Customs to detect and deal with high-risk consignments and increase efficiencies by expediting the clearance and release of goods. Furthermore, the working environment of the customs officers will also improve, who are bound to conduct physical inspections of all inbound and outbound consignments.

Speaking on the occasion, Shabbar Zaidi thanked Japan for their support for this vital project while FBR Member Customs Dr. Jawwad Uwais Agha said that the Non-Intrusive Inspection functionality imparted by these scanners will enhance trade facilitation and hoped that this cooperation will continue in future as well for other ports in the country.

Under this project, three scanning terminals have been constructed at the East and the West Warf which includes a scanner, terminal building, image scanning and analyzing equipment, waiting room for container’s driver, and backup facility for electricity. Each scanning terminal has been directly connected with Pakistan’s Web-Based One Customs (WeBOC) system with a scanning capacity of seven to eight containers per hour with a total capacity of scanning over 450 containers per day altogether in 20 hours.

The project also trained 60 officers of the Pakistan Customs as image scanning analyst for effective utilization and future sustainability of the project. The Japan-funded project will facilitate the increasing volumes of cargo traffic at Pakistani ports as well as provides essential security to the global supply chain and will contribute to the socio-economic development of Pakistan by generating revenue collection and trade facilitation. 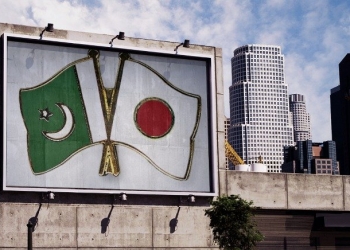 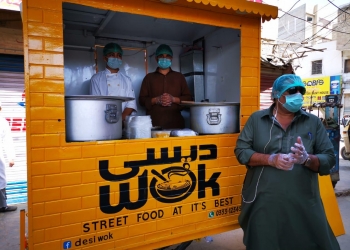 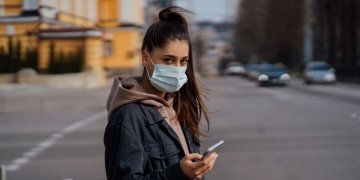