Pakistan compares its treatment of refugees with Western world? 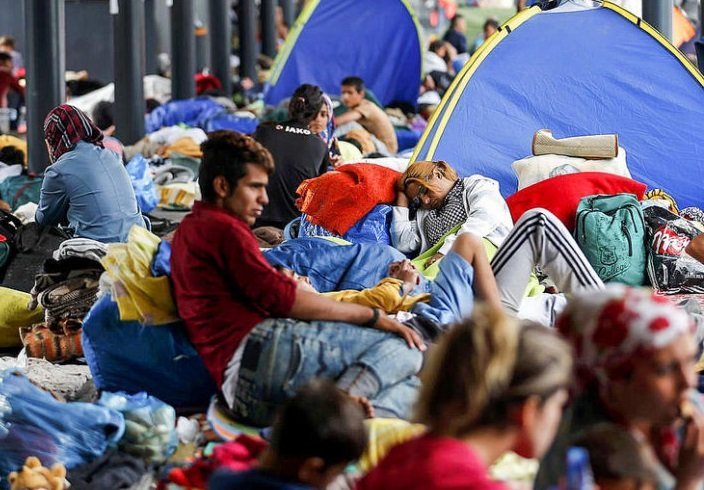 A Syrian refugee imagined Europe would be a clean, generous place, not a makeshift tent in an olive grove where the mud is mixed with human waste and rotting food

Pakistan time and again tried to convince the global audience about hosting with all manners and its treatment of refugees especially from Afghanistan, as President Dr. Arif Alvi compared the handling of migrants from different Middle Eastern and other war-hit countries with members and non-member states of the European Union.

“The world gives us a lesson of humanity, but we gave shelter to 3.5 million Afghan refugees and are still hosting 2.5 million refugees,” he said while addressing a ceremony held at the Aiwan-e-Sadr in Islamabad to launch books on Pakistanism.

On the other, the president said that the Western world let the refugees drown in the sea and did not allow them to enter their countries. In 2015, the UN refugee agency and the Amnesty International urged European nations to stop processing vulnerable migrants, including women and children, like criminals.

Rasha al-Ahmed, a Syrian refugee, imagined Europe would be a clean, generous place, not a makeshift tent in an olive grove where the mud is mixed with human waste and rotting food. “A safe life with a house and enough food,” she said, shuddering as she wiped fetid mud from her one-year-old daughter’s cheeks. “That’s what I hoped for when I crossed the sea from Turkey to Greece.”

Dr. Arif Alvi said that the Pakistani nation is very generous and has no parallel in the world in terms of charity and empathy towards humans. “We are proud of our nation which has proved through its character that it is ready to rise.” He said that whenever Pakistan faced any calamity, the people came out to help their affected brethren even before the state.

“Our people are very strong as they stood against terrorism as a wall to fight the menace till the end,” he said, adding that the sacrifices rendered by the people and the armed forces in the war against terror are laudable. He said that Pakistan always talked peace with India despite the harsh response from this angry neighbor.

“We have learned a lot from the past,” the president said, adding that disarray on religious and racial grounds spins out of control and persists for a long time. He said that India is facing this situation and is committing atrocities against innocent people. “As the current situation in India is a validation of the two-nation theory,” he said.

He said that the foes of Quaid-e-Azam Muhammad Ali Jinnah are now appreciating his political acumen. He said that Pakistan, having the pride of an emerging nation, is the first country in the world that successfully fought terrorism and gave a message of peace in response to Indian war rhetoric.

Minister for Federal Education and Professional Training Shafqat Mehmood and writers of the books Javed Jabbar, also a former minister, and Asmat Riaz also spoke on the occasion. Dr. Arif Alvi said that books on subjects like Pakistanism and Main Pakistan Hoon are a good addition.

Speaking on the country’s historical facts, he said that Pakistan being the land of Gandhara and Indus valley civilizations had great heritage.