Shafqat Mahmood says freedom of expression must be exercised with responsibility; points out alarming levels of Islamophobia 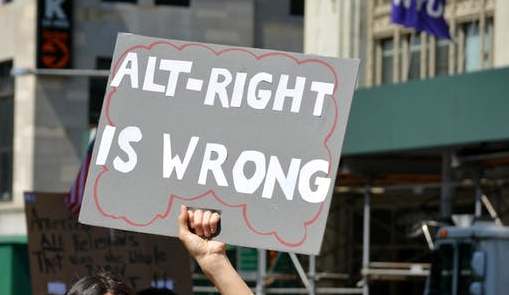 Pakistan announced that it will host the eighth meeting of the Istanbul Process next year with a focus to evolve responses to what it call growing religious intolerance and discrimination based on religion or belief, the Foreign Office announced.

The Istanbul Process represents operational mechanism of a consensus-based resolution at the Human Rights Council that seeks to promote implementation of eight-point action plan to combat religious intolerance, negative stereo-typing, discrimination on the basis of religion or belief and incitement to hatred.

During his keynote address at the seventh Istanbul Process meeting at The Hague in Netherlands, Pakistan’s Minister for Federal Education Shafqat Mahmood drew attention to alarming levels of Islamophobia, as evidenced inter alia, by growing incidents of hate crimes, negative profiling, assaults on hijab-wearing women, denigration of venerated Islamic personalities and symbols.

SYSTEMATIC DISCRIMINATION: Shafqat Mahmood, who is also special representative of the prime minister on international religious freedom, cautioned against incendiary and populist rhetoric for electoral gains, often amplified by sections of the media that served as catalyst for hate speech, leading to acts of violence, systematic discrimination and in some cases acts of terrorism.

In the context of promoting human rights and addressing root causes of this phenomenon, he underlined the imperative of upholding the right to self-determination for the people under foreign occupation. He called for ‘double standards’ by flag-bearers of human rights in the face of grave human rights violations in disputed regions.

FUNDAMENTAL FREEDOMS: Shafqat Mahmood expressed concerns over incidents of systematic discrimination and state sanctioned violence against Muslims. Referring to importance of upholding fundamental freedoms, he underscored that freedom of expression must be exercised with responsibility and the global community should begin to consider reasonable restrictions in this regard, both online and offline.

The minister shared range of steps taken by the Pakistan government in the field of education, promotion of interfaith harmony, tolerance and freedom of religion or belief. In this context, he highlighted recent initiative to open the Kartarpur Corridor – a visa-free border crossing, connecting Sikh community with their revered religious places of worships on both sides of the Pakistan and India border.

ACTION AGAINST HATE MATERIAL: The Ministry of Religious Affairs and Interfaith Harmony has recommended establishing of Ulema Boards in all provinces and the Islamabad Capital Territory for checking and preventing publication of hate material.

The ministry has established National Ulema and Mashaikh Council for adopting a uniform strategy for monitoring and preventing sectarian hate literature and forwarding it to the provinces for comments and concurrence. Their feedback would be compiled to establish a draft legislation that would be presented before the parliament.

ONLINE HATE CONTENTS: The council is tasked to contain fanatical sectarian attitudes, prejudices and to suggest a code of ethics for Islamic scholars and leaders of politico-religious parties and groups to avert possible threats to inter sectarian harmony and national solidarity.

Senior government officials also said that the ministry established the Web Evaluation Cell for monitoring online contents of provocative nature and recommending the Pakistan Telecommunication Authority to block the hate material. The state-owned authority is responsible for the regulation of establishment, operation and maintenance of telecommunications.