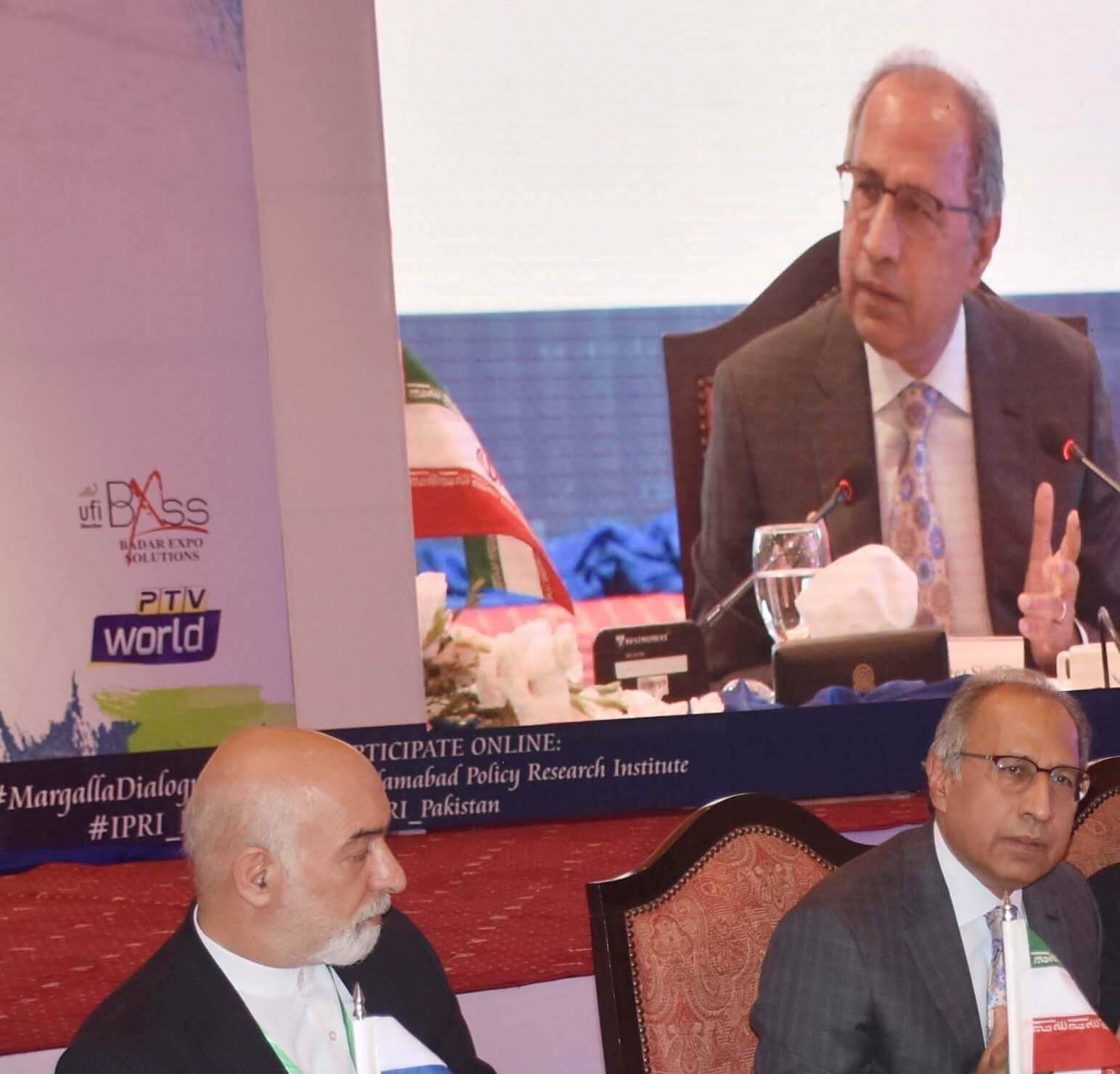 Adviser to Prime Minister on Finance Dr Abdul Hafeez Sheikh has said that the Schengen-like Silk Visa regime among South Asia, Middle East and Central Asia (SAMECA) region would be a welcome step as it would enable foreigners with a valid travel documents to travel freely.

Schengen refers to a passport-free zone that covers most of the European countries and it is the largest free travel area in the world. It enables its holder to enter, freely travel within, and leave the European zone from any of the member countries. There are no border controls within the Schengen zone.

Addressing the Margalla Dialogue 2019 in Islamabad on peace and development in South Asia, Middle East, and Central Asia, Dr Abdul Hafeez Sheikh said that connectivity between South, Middle and Central Asian states is not up to the mark. He asked member countries to revisit visa regimes, besides increasing people-to-people connectivity.

He pointed out that the visa regime in most member states is highly restrictive. He said that the Passport Index 2019 ranking classified the South, Middle and Central Asian states as some of the least welcoming countries. He also said that the South Asia and the Central Asia had the lowest intra-regional trade compared to all other regions.

He said that intra-regional investment flows are even less than trade in goods and services, and trade with South Asia accounted for only 1.7% of Central Asia’s total trade. He said that bottlenecks to greater connectivity are physical infrastructure constraints with no rail links and few operational border crossing.

The adviser said that Pakistan had taken lead in enhancing trade ties between member states, primarily through projects focused on energy. He said that Pakistan is playing an active role for increasing connectivity among the regional states, which would help increase trade and investment in the region.

“I see opportunities everywhere in every sector of Pakistan which needs to be exploited,” he said and invited foreign investors to invest for jobs creation. He said that Pakistan had been focusing on human development, foreign investment, poverty, skills, private sector’s participation and tourism.

Under Pakistan’s new policy, visitors from 48 countries, including 13 states from the South, Middle, and Central Asia region, would receive visa on arrival. He said that the e-visa service had also been introduced and visitors from 175 countries could apply for visa online without having to submit papers at the embassy.

He said that the business visa is now available to 96 countries, which also included most of the member countries. He said that the government had been investing in human resource which would lead the country towards sustainable economic growth.

He said that no country in the world can achieve high development agenda until they would have equipped their people with modern skills, innovation and technology to enhance their capability to contribute in the development and prosperity of their country.