Sheikh Rasheed said the government had decided to suspend only 42 trains out of 142 because railways was out of cash to pay refunds at once to all the passengers. 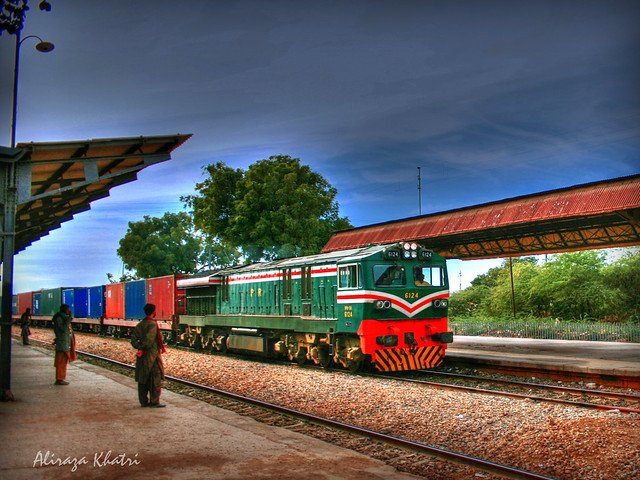 Federal Minister for Railways Sheikh Rasheed Ahmed on Saturday announced to suspend 42 trains by April 1 as a preventive measure to restrict the transmission of pandemic COVID-19 coronavirus.

The decision of phase-wise suspension of trains has been taken to facilitate the passengers, the minister said adding that Pakistan Railways has refunded Rs. 800 million to the passengers so far, however, the passengers have been given an option to either take a refund or avail the ticket on another train in the same class.

Sheikh Rasheed said that the National Disaster Management Authority (NDMA) has promised to provide scanners and protective gear for better scanning of passengers traveling through railways.

Pakistan Railways operates 142 trains on 1885 kilometer long track said the minister adding the government has decided to suspend only 42 trains out of 142 because railways are out of cash to pay refunds at once to all the passengers.

He said, he agrees with Prime Minister Imran Khan’s decision not to lock down the country but therefore the suspended trains will be restored soon the situation improves.

He appealed the passengers to avoid unnecessary traveling and stay home.

Due to the suspension of 42 trains, Pakistan Railways will financial loss of Rs. 2.3538 billion the minister said adding that no daily wages employee of railways will be sent home in this emergency situation.

If the government takes the responsibility for the payment of pension to the railway’s employees, its deficit will be zero and it will become a profit-making entity, said the minister.