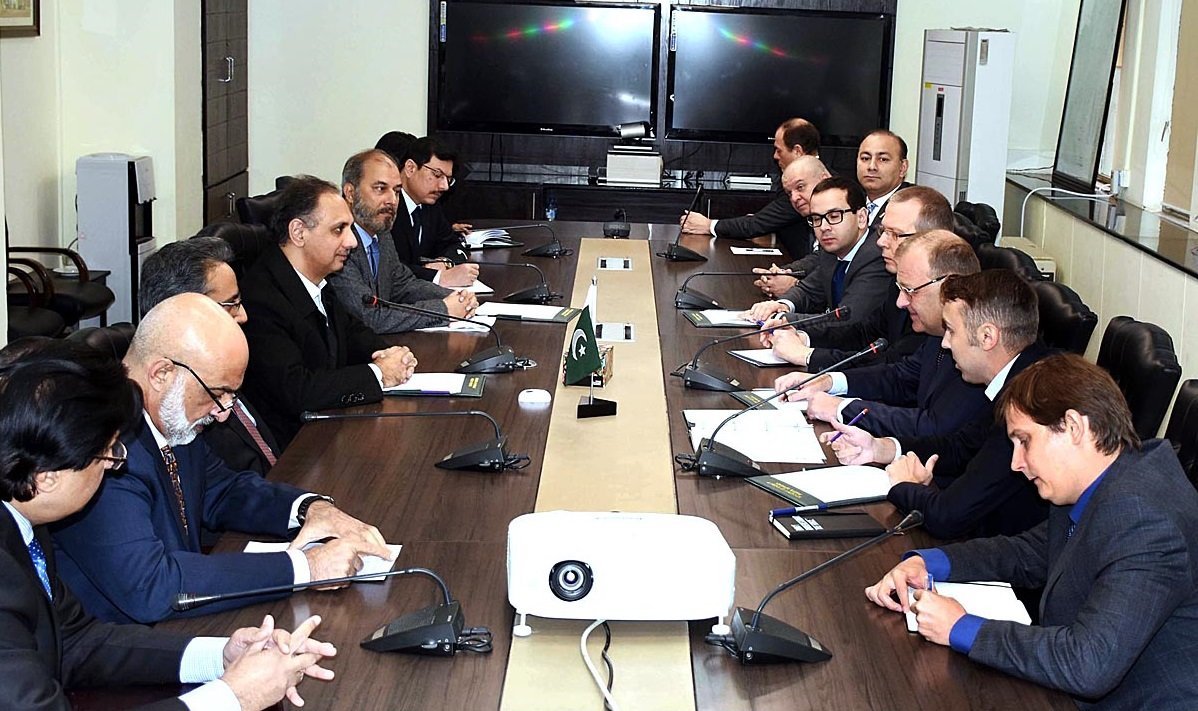 The delegation visited Pakistan for the seventh joint session on a pipeline project, according to the Petroleum Division. Welcoming the delegation to Pakistan, Omar Ayub stressed the need for making the project transparent, financially viable and mutual benefit for the two countries.

He termed the pipeline ‘a flagship project’ of cooperation between Pakistan and Russia particularly in the commercial and energy sphere. Sharing an overview of Pakistan’s energy situation, the prime minister’s assistant highlighted infrastructure projects the government planned to undertake for ensuring the supply and security of oil and gas in the country.

He declared the North-South Gas Pipeline a stepping stone towards greater cooperation between Islamabad and Moscow in the energy sector. He also welcomed Russian interest in the exploration and production sector of Pakistan including its planned auction of 18 blocks this month.

Nadeem Babar emphasized transparency, the financial viability of the pipeline and shared Prime Minister Imran Khan’s desire to see the project’s successful execution. Russia’s deputy minister thanked the Pakistani side for the extending gracious welcome to the delegation.

He also termed the project an important milestone in bilateral relations between Islamabad and Moscow and conveyed Russia’s desire to expand relations with Pakistan in all fields including energy. He agreed that the project must be financially viable and to the benefit of both countries.