US business magazine declares Pakistan as the best travel destination 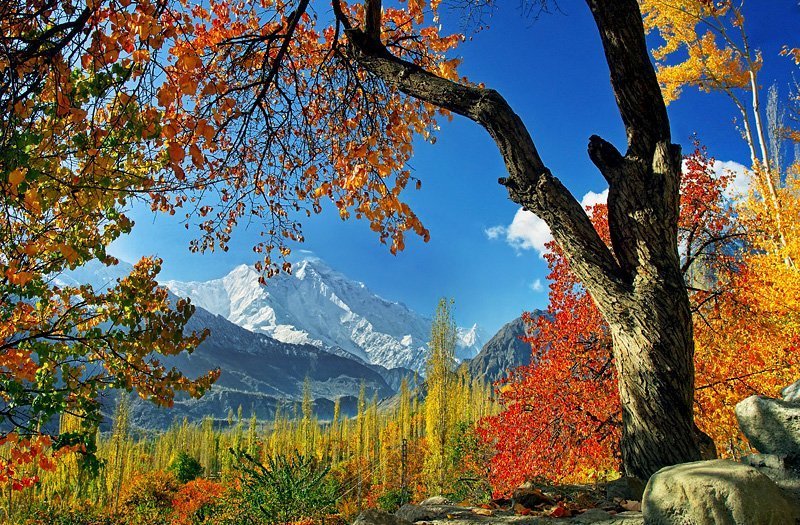 Forbes enlists Pakistan in its ‘The Not Hot List: 10 Best Under-the-Radar Trips for 2020.

Pakistan has again been declared as the best travel destination of the current year. Yet another feat may eventually culminate in heralding big news for the tourism sector, spanning over the next decade — 2020s.

A recent article in an American business magazine Forbes has enlisted Pakistan in its ‘The Not Hot List: 10 Best Under-the-Radar Trips for 2020.’ Last year, the country’s tourism potential was also recognized by some global players of the tourism industry which included Condé Nast magazine, the Wanderlust travel magazine and others, setting a stage for the government to unlock its inbound tourism potential.

Forbes wrote that the closed countries are opening up. “Savvy luxury agencies are making remote destinations accessible to travelers who don’t want to rough it or risk much.” The list also included other countries like Armenia, Eritrea, Saudi Arabia, and Mongolia.

“Where can we go to avoid other tourists?” That’s one of the most common questions Philippe Brown says his agency, Brown+Hudson, received in 2019, the magazine noted. In the article, the Wild Frontiers organization had labeled Pakistan as the next big destination for a couple of years now, especially due to the recent visit of the Duke and Duchess of Cambridge.

The Wild Frontiers pointed out that Pakistan offered ancient Indus civilizations, stretching back 4,000 years, and exciting cities like Lahore with its forts, mosques, and palaces. The country also owned incredible scenery, particularly in the north, where the three greatest mountain ranges collide.

“Pakistan is great for trekking, mountain biking, rafting or just cultural tourism.” It also endorsed improvement in road and tourism infrastructure of the northern parts of the country. Wild Frontiers’ also mentioned its16-day group tour to Pakistan taking in mountain scenery, the Kalash people, the Hunza Valley and Chitral.

Just a few months back, Condé Nast magazine had enlisted Pakistan in its Traveller’s list of best holiday destinations for 2020. Similarly, the British Backpackers Society declared Pakistan as the world’s third-highest potential adventure destination for this decade.

Pakistan tourism industry had been showing the highest growth among its competitors, especially due to the recently-introduced visa relaxation by the government, said Samuel Joynson who heads British Backpackers Society as the president. He said that Pakistan offers much more to travelers and tourists.

“In addition to touring the Karakoram Highway, the tourists can visit the bustling markets of Karachi, taste the delectable flavors of Punjab in Lahore and grab tea with some of the friendliest people that you will ever meet on the story-tellers street of Peshawar,” he remarked while recalling his trips to the country.

“The e-visa initiative is a huge step forward and very positive as so many members now can easily travel to Pakistan without any hindrance,” he remarked. He underlined the need for projecting Pakistan’s tourism potential overseas through a massive advertisement campaign and projection on social media to lure tourists from the European countries.