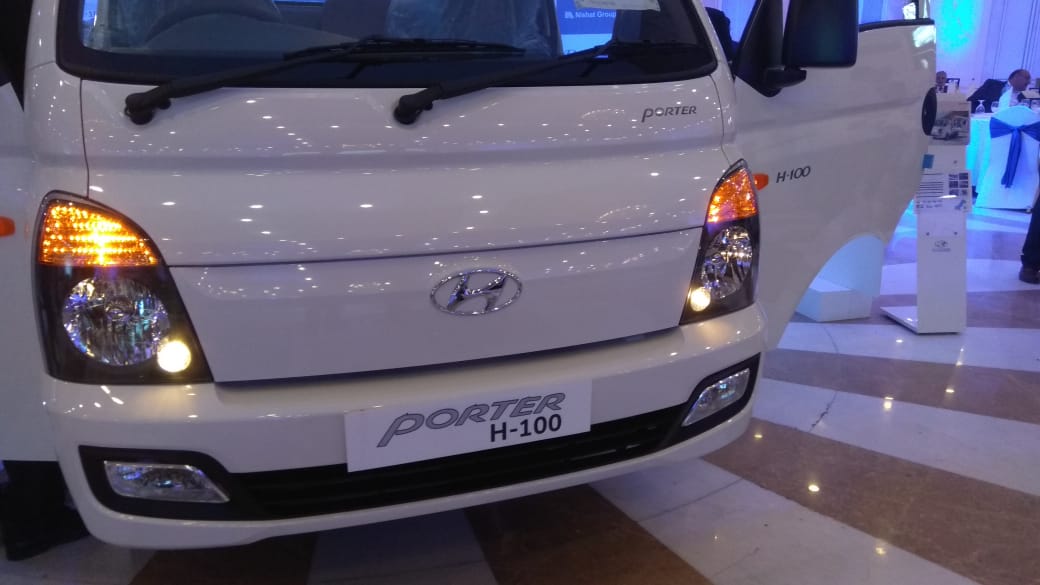 The ‘Make in Pakistan’ pickup trucks by the Hyundai Nishat Motor will be seen in different cities soon after the announcement of its mass production at its manufacturing plant situated inside the M3 Industrial Estate in Faisalabad.

The company said that the plant has an annual production capacity of up to 15,000 units per annum in its initial phase. The plant, which is currently the new production home for the Porter H100 pickup, starts production two years after the groundbreaking in December 2017.

Company’s Chief Operating Officer Tatsuya Sato said that they are proud to open the new production facility in Pakistan. In the long run, he said that the company aims to make it a vital part of the global production network.

The company said that the Hyundai H-100 Porter, a three-seater light commercial vehicle with a one-ton payload capacity, is a famed product in the Hyundai brand portfolio. Its previous model known as the Hyundai Shehzore has always been high in demand in its segment.

DENT TO OTHER MANUFACTURERS

The pickup is powered by the upgraded powerful New 2.6L Diesel Euro-II engine along with a five-speed manual transmission. The company officials said that models other than the H-100 pickup will be launched in the near future.

Some experts said that the Hyundai will have the potential to upset the grip of other major international companies especially Toyota and Suzuki. It is pertinent to mention here the Japanese manufacturers assemble vehicles of Toyota, Suzuki, and Honda in Pakistan with the help of locals.

Tatsuya Sato said that Hyundai has a strong legacy in Pakistan, and the new vehicles will live up to that standard. The Hyundai-Nishar Motors plans to launch a total of three passenger cars and each of these vehicles will be launched every six months, beginning in June.

The Hyundai-Nishat Motors may produce 20 to 25 units of the H-100 pickups per day due to the financial condition of the country. The officials said that the plant can easily produce 50 of these pickups in a two-shift day. The capacity utilization of any production plant is related to demand.

The company will provide four years or 100,000km warranty to the first buyers for the H100 pickup. Currently, there are 11 dealerships of the Hyundai across Pakistan, and they are taking bookings of the new loader.

In Pakistan, the Hyundai-Nishat has collaborated with the Bank of Punjab, MCB Bank, and Meezan Bank These commercial banks have set up a platform for both fleet and individual customers of the Hyundai company.

Over 4000 acres of land, the plant is based in the Special Economic Zone and is operated as a private-public venture through Faisalabad Industrial Estate Development and Management Company (FIEDMC), which is a collaborative endeavor between the Punjab government and several of business tycoons, led by its Chairman Mian Kashif Ashfaq.