Addressing a joint press briefing, PPP Chairman Bilawal Bhutto Zardari, on behalf of all the opposition parties, said that the opposition rejects the 2020-21 budget and it will protest against this budget at every forum. 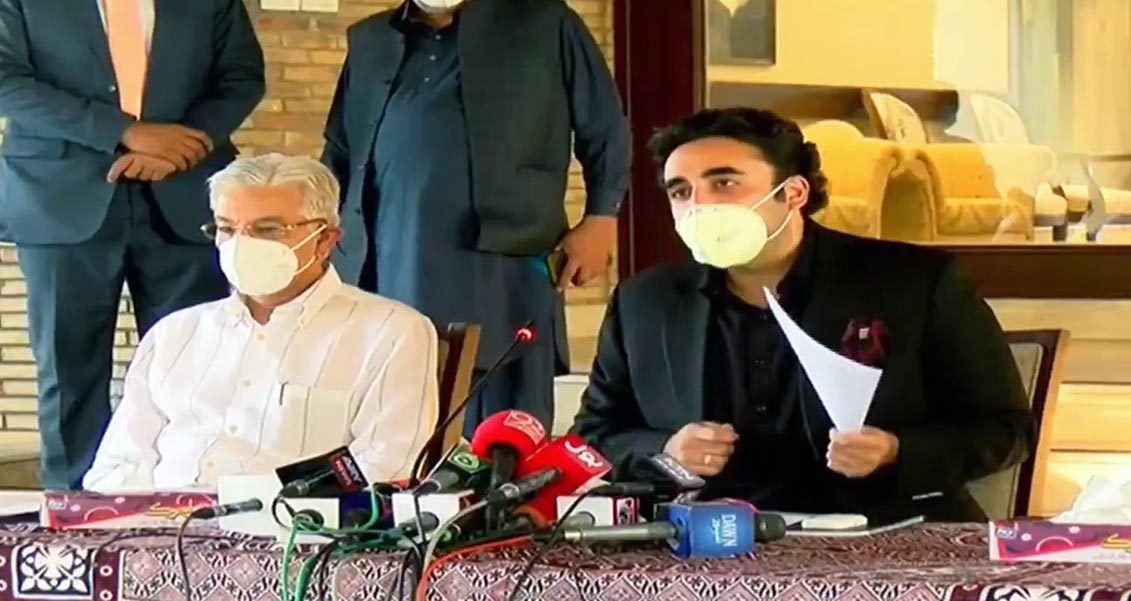 Opposition parties held a press conference on Sunday in Islamabad and asked Prime Minister Imran Khan to resign from his post as he has proved to be a failure.

Addressing a joint press briefing, PPP Chairman Bilawal Bhutto Zardari, on behalf of all the opposition parties, said that the opposition rejects the 2020-21 budget and it will protest against this budget at every forum.

He said that the prime minister was proved to be a complete failure as he was unable to protect the lives of the people of Pakistan. Imran Kahn should step down from his post as he could not deliver as prime minister.

He also said that everybody was expecting some relief from the government at this crucial time but the government had further burdened the public under such a big increase in the prices of petroleum products in Pakistan.

He said that the opposition had played a very positive and constructive role during coronavirus pandemic and all the opposition parties worked under their leadership. PTI government was continuously lacking the leadership in this crisis, he added.

He said that Opposition Leader Shahbaz Sharif is not well and, as he recovers, an All Parties Conference (APC) will be held to take up this issue more seriously.

He said that general elections could not be held during this pandemic and some democratic solutions should be found out to elect new leadership in the country.

PML-N leader Khawaja Asif said that Imran Khan’s government is taking the country towards destruction and there is no other option except the resignation of the prime minister.

He further said that the removal of PTI’s government is the only solution to save Pakistan from this destruction. The opposition will form a joint strategy in this regard as well, he added.

JUI-F member Akram Khan Durrani, while addressing the press briefing said that the PTI government’s behavior with the opposition is visible to all and nobody is happy with the policies of the government.

Jamaat-e-Islami’s Mian Aslam while criticizing the 2020-21 budget said that this budget is the worst budget ever. The government was going in the wrong direction before budget however after presenting the budget the government has proved to be a total failure.

In response to the claims of the opposition, Federal Minister Hammad Azhar said that all this fuss about the 2020-21 budget is nothing but pint-scoring from the opposition parties.

He added that all these false claims will fall out tomorrow when the budget will be passed in the parliament with full force.

It is pertinent to mention here that there have been issues between the federation and provinces especially Sindh about the implementation of lockdown since the beginning of the spread of coronavirus in Pakistan.

Now, with an increase in the prices of petroleum products even before the acceptance of the budget, joint opposition has bent upon cornering the government with full force.